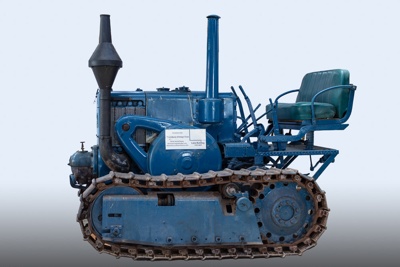 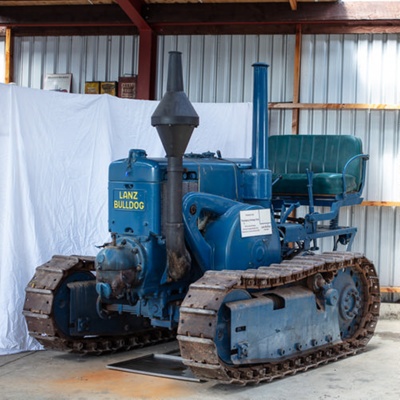 This is Lanz Bulldog Crawler which is a tractor on tracks. The tracks dispersed the weight of the tractor more evenly enabling the tractor to go over wetter ground than a steel or rubber tyre.

It is believed that the Goodal Family of Mossburn were the original owners of this Bulldog Crawler. A young Lex McMillan's first job out of school was working for Drummond contractor, Bert King. His first job in his role with King was to drive the Bulldog from Mossburn to Drummond. Bert King used the bulldog for his contracting business and later sold it on to Jim Swaney.

Jim Swaney donated the bulldog to the Club between 1985 and 1995 and it sat waiting for parts to be found for a time. After the bulldog was restored, it was officially relaunched as a operational machine by Invercargill Mayor Tim Shadbolt, along with two of Jim Swaney's daughters.