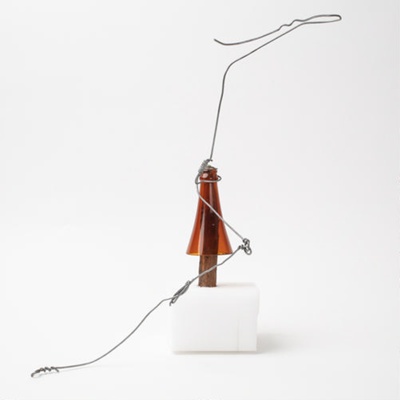 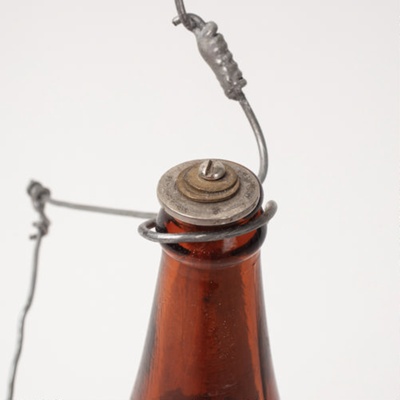 This electric insulator is a prop in the Awarua Radio Museum to illustrate the type of kiwi ingenuity which was used when constructing the telephone line from Tuatapere to Puysegur Point. This line nearly claimed the lives of six surveyors in 1898 and became known was the worst line in New Zealand.

The insulator is made from cutting the top off a glass beer bottle, sticking a piece of manuka through it . Attaching the two is a combination of coins/washers at the mouth of the bottle which have been screwed into the top of the manuka stick. A piece of wire has then been twisted around the top of the bottle, thus forming an insulator.

The Worst Line in New Zealand:

Six surveyors arrived via steamer at Puysegur Point in February 1898. They planned to survey a 130km line between the Point and Tuatapere. Unfortunately, they underestimated the conditions they would face in the Fiordland wilderness. Up against steep coastal bluffs, thick bush with dense undergrowth, poor visibility, flooded rivers and constant rain, progress was slow. The men's provisions were ruined by water and what little remained only lasted two weeks. Though the men managed to survey the line, they nearly died in the process.

In 1908, erection of the line began. A track was cleared and unconventional poles were made by shortening trees to about three metre stumps, into which insulators were screwed to carry wire.

In 1922, the line was severely damaged and it was never repaired.