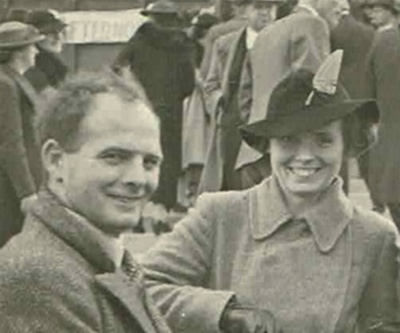 Hugh lived a varied life. His nickname was 'Mungo' after a popular brand of soap because he 'cleaned up' most sports events he entered. His father was C.D. McConnell, a long serving mayor of Mataura. As a young man in the 1920s and 1930s, Hugh excelled at rugby, athletics and boxing. He was captain of the Timaru Boys High 1st XV and a school boxing and athletics champion. We have Hugh's sporting awards, World War Two medals and memorabilia in our collection.

After returning to Mataura, Hugh worked as a buyer and driver for his father's businesses. He served in World War Two, enlisting in April 1941 (service number 18777). After the war Hugh operated a taxi business, running a bootlegging operation on the side. Hugh died in 1979 and is buried in the Mataura cemetery with his wife Esme.