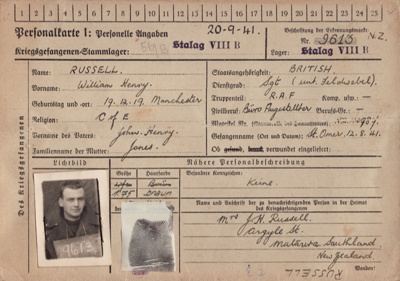 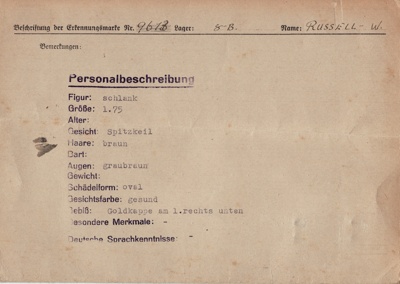 Prisoner of War Identity Record from Stalag VIII B for Flight Sergeant, William Henry (Billy) Russell . Here's the back story.