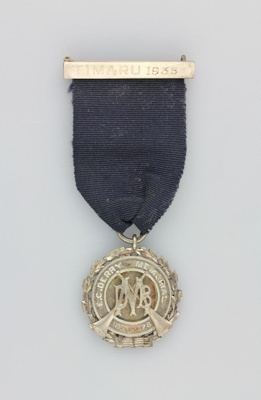 Medal; E.C. Derry Memorial medal awarded to William Henry (Billy) Russell at the 1935 New Zealand Brass Band Contest which was held in Timaru. Billy played cornet in the Mataura Town Band and attended the national Contest with the Band.