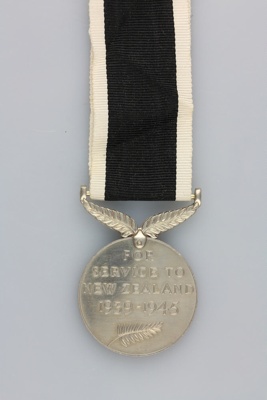 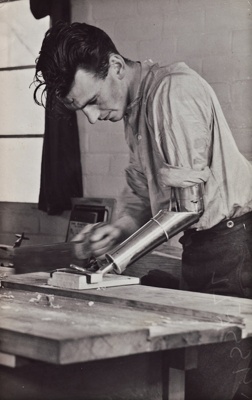 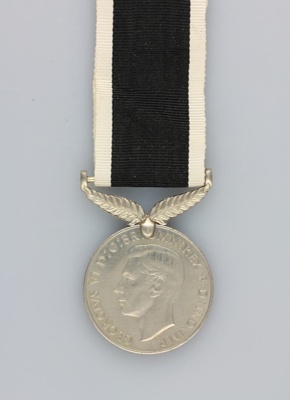 Medal; N.Z. War Service Medal awarded to Pilot Officer, William Henry (Billy) Russell of Mataura. This is one of five military medals in our Collection that were awarded to Billy Russell.

Medal, N.Z. War Service Medal. On the obverse of this medal is the effigy of King George VI engraved with the Latin words: 'Georgiv VI D G. BR. OMN: REX F.D: IND:IMP.' The reverse is engraved with the words: 'FOR SERVICE TO NEW ZEALAND 1939 - 1945'.