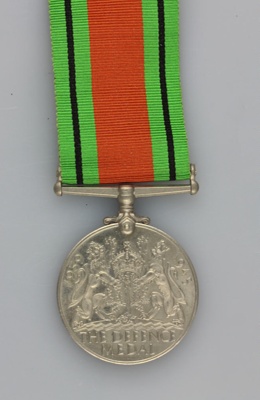 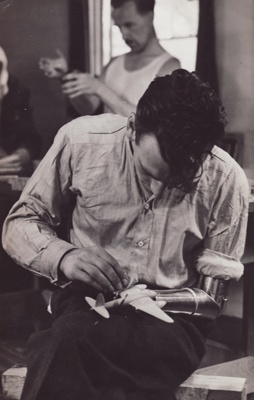 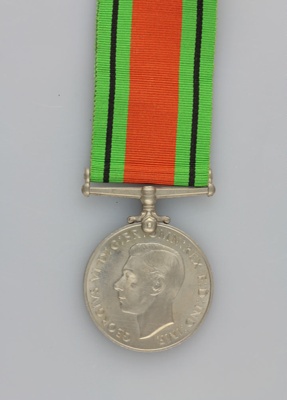 Medal; Defence Medal awarded to Pilot Officer, William Henry (Billy) Russell of Mataura. This is one of five military medals in our Collection that were awarded to Billy Russell.

Medal, Defence Medal. On the obverse of this medal is the uncrowned effigy of King George VI. On the reverse are two lions flanking an oak sapling and a crown. The start and end years of the Second World War are at the sides (1939 on the left and 1945 on the right), and wavy lines representing the sea are below the lions. The words THE DEFENCE MEDAL appear below the wavy lines.