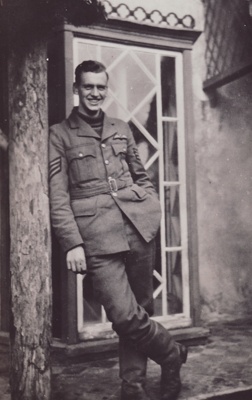 Medal; 1939-1945 Star awarded to Pilot Officer, William Henry (Billy) Russell of Mataura. This is one of five military medals in our Collection that were awarded to Billy Russell.

This bronze six-pointed star has a circular centre with the GRI/VI monogram, surmounted by the Royal Crown, and inscribed 'The 1939-1945 Star'.