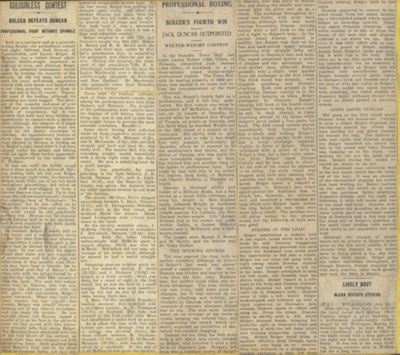 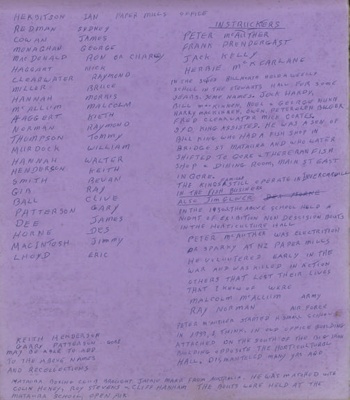 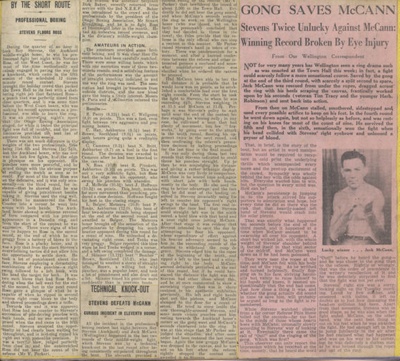 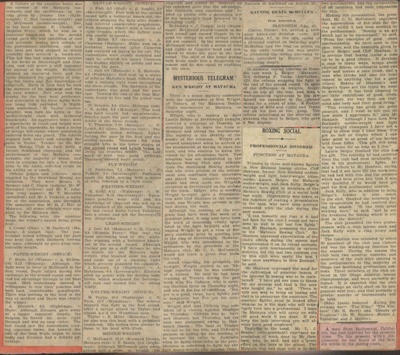 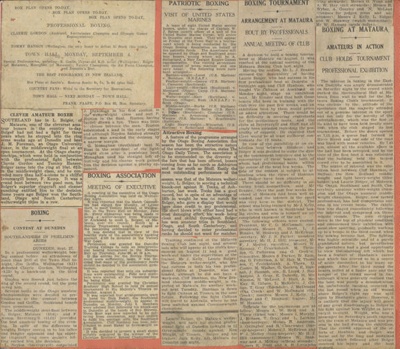 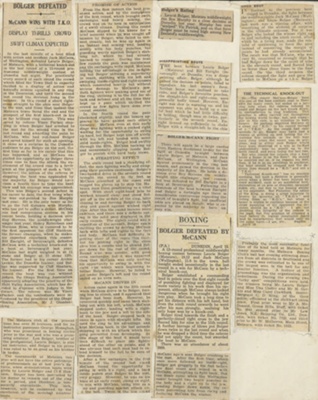 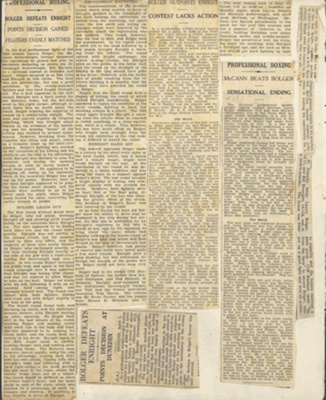 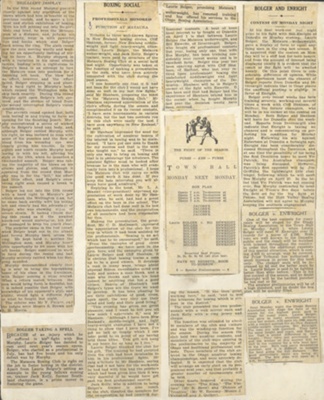 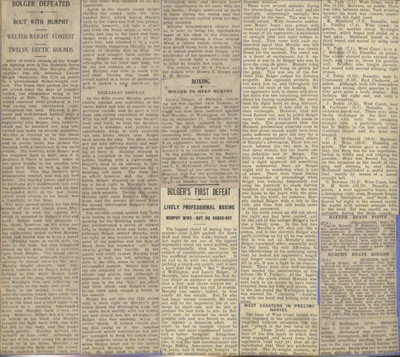 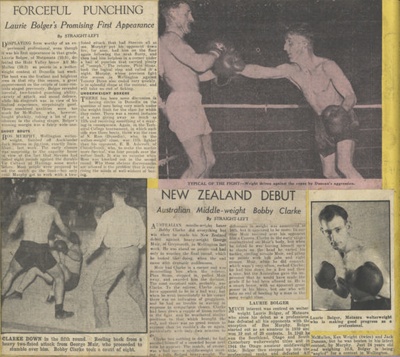 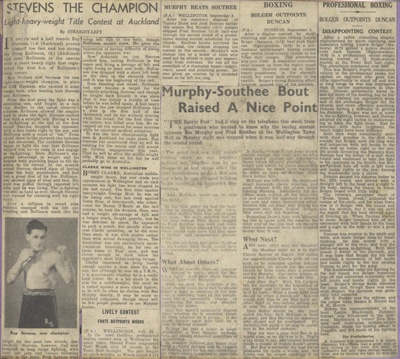 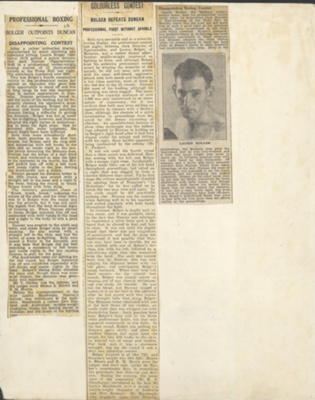 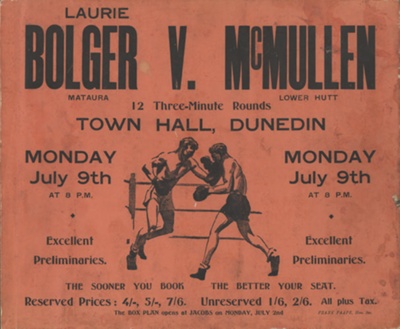 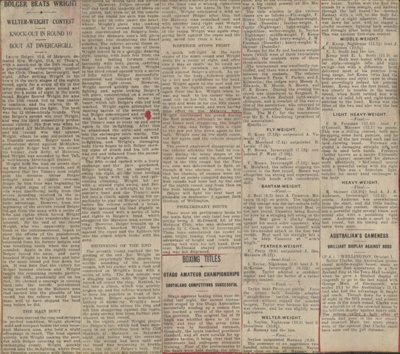 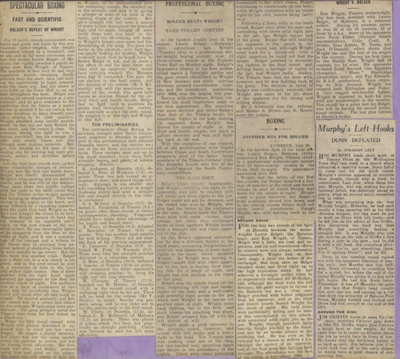 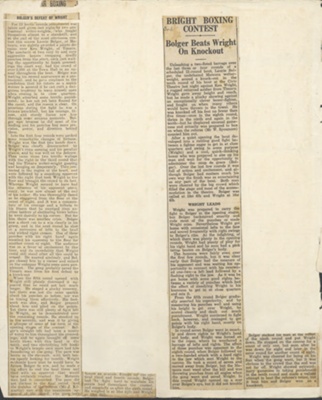 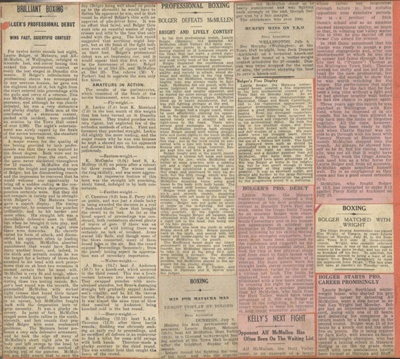 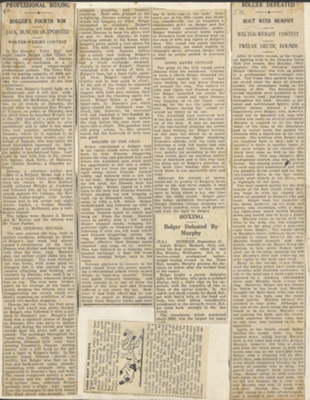 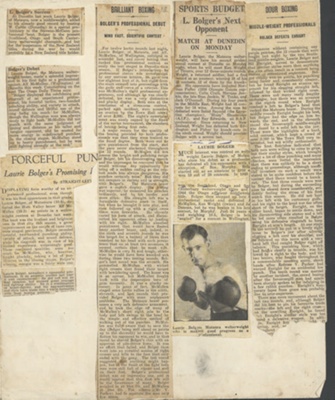 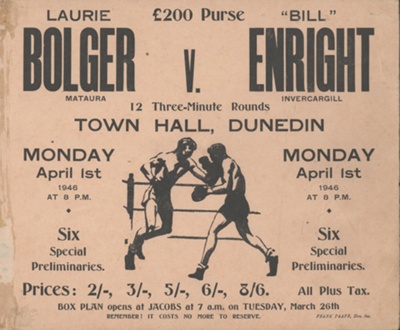 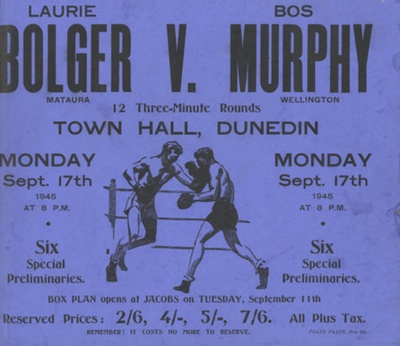 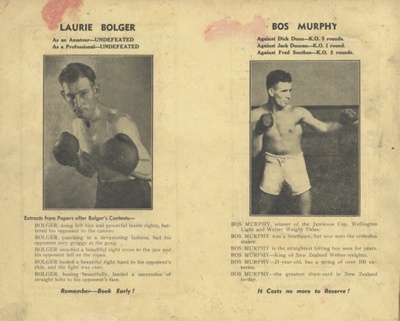 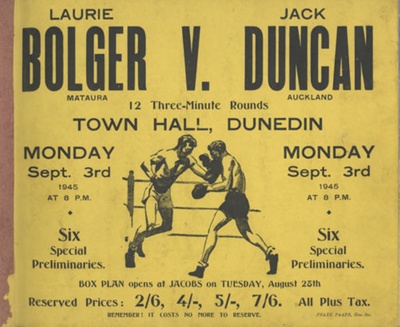 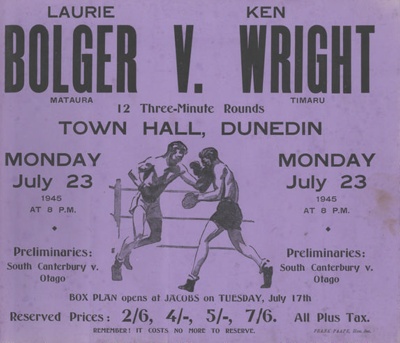 Scrapbook; a digital copy of a scrapbook recording Laurie Bolger's professional boxing career in 1945 and 1946. One page also includes handwritten notes on the history of the Mataura Boxing Club which was particularly strong after World War Two. Laurie Bolger was one of its most capable boxers. Mataura trainer George Monaghan recalls:

'Laurie Bolger had built up an impressive record as an amateur. When the Otago Boxing Association induced him to turn professional they had a goldmine. Every time he fought there was a full house. Most of his bouts were over twelve, three minute rounds. His style of fighting made him an idol of the fans especially in Dunedin. He had a contingent of loyal Mataura supporters at most of his matches. After one of his Dunedin fights Laurie and a few friends were having a quiet feed at the piecart. A member of another group who had watched the fight was loud in his praise of Bolger's ability.
Bolger: (thinking he had been recognised said) 'Don't talk such bull'
Loud mouth: "Bull is it? Want to step outside and make something of it?'

Laurie and his wife Una farmed on Terrace Road, south of Mataura. Una kindly allowed us to scan and share this scrapbook. She seldom attended Laurie's fights, 'I couldn't bear to'. She also told us that Laurie ploughed his winnings back into developing their farm.

From the collection of the Mataura and Disitricts Historical Society Incorporated