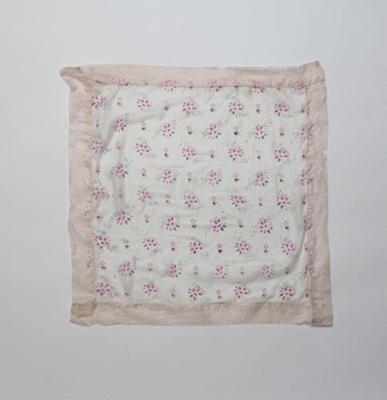 Handkerchief; Rifleman John Thomas (Tom) Clearwater sent this pink silk handkerchief home to his mother while serving in France during World War One.