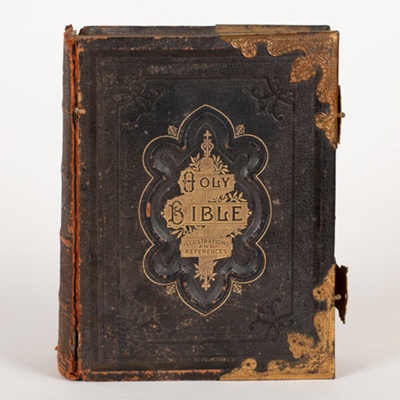 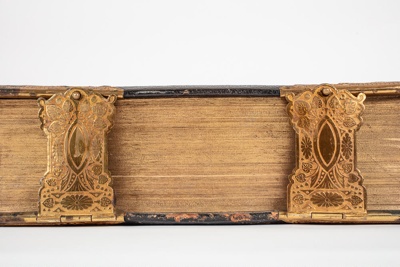 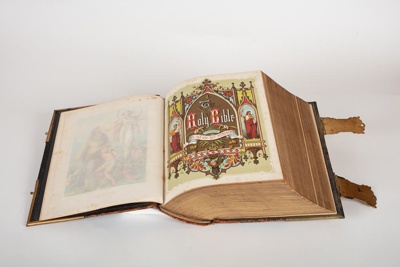 This is an illustrated bible that belonged to the Laing Family, containing the Old and New Testaments. In the centre of the bible there's a 'Family Register' section for recording marriages, births and deaths, as well as multiple pages where portraits or photographs of family members could be attached.

This was presumably given as a wedding present for the marriage between Henry Laing and Evelyn Daisy Kilgour in 1904. It records each of their birth dates, their parents' names, their children's names, their children's marriages, the names of the grandchildren, and deaths. The last record in this Register is the death of Henry and Evelyn's fourth child, Frank Murray Laing, who died 28th February 1984, two weeks before his 72nd birthday.

Henry Laing, originally in partnership with Joseph Knighton, ran a Bakery and Pastry Shop in Otautau from the early 1920s. At the same time, Henry owned the 'town shop'. Joseph left Otautau in 1925 and Henry continued to operate until his death in 1946 when the business was sold out of the family.

(Copyright status relates to the photos shown here, not the object itself)