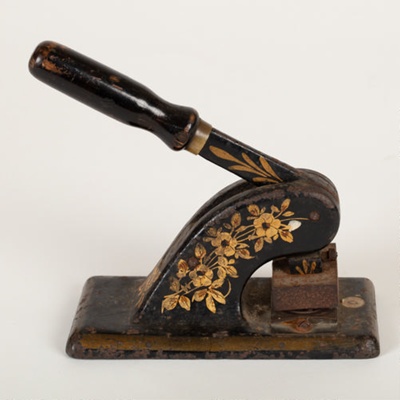 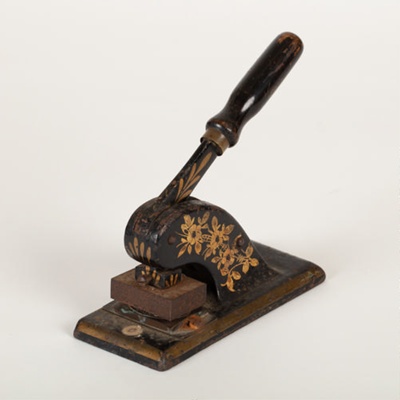 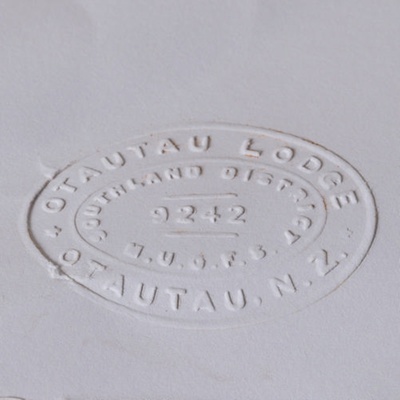 This is a small embossing hand-press that belonged to the Manchester Unity International Order of Odd Fellows (M.U.I.O.O.F.) Lodge in Otautau, which was established in 1913. The emboss reads: 'Otautau Lodge, Southland District, M.U.O.F.S. 9242 Otautau, New Zealand'

According to the lodge's own records, they only had male members until 1931; at which point wives of members and occasionally other women were recorded only as "Honorary Members". Six years later, however, women were permitted to join properly as initiated members.

The body of the press is likely from the late 1800s, with the removable embossing die containing the lodge's details created and installed later.

(Copyright status relates to the photos shown here, not the object itself)

Communication (including diaries and letters)