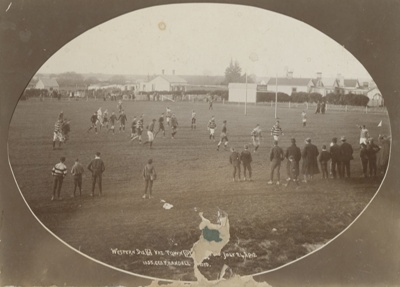 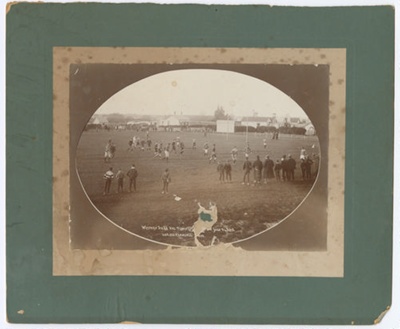 This photograph was taken at the Western District (G) vrs.Town (P), rugby game which was played on July 24, 1912 at Holt Park, Otautau.

Town won the match 9 points to 6. The match appeared to be in favour of the Western Districts side, however, they failed to convert two good try scoring opportunities into points. Cowie and Robertson were named pick of the local team for the match.

It appears that there was a misprint in the Southland Times and many spectators for this game ended up travelling to Riverton, when the match was actually played in Otautau. This, understandably, upset the spectators who missed the game.

It is probable that many players in this game served during World War One, with some never returning.