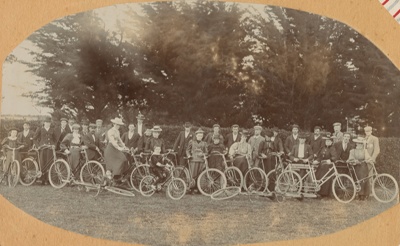 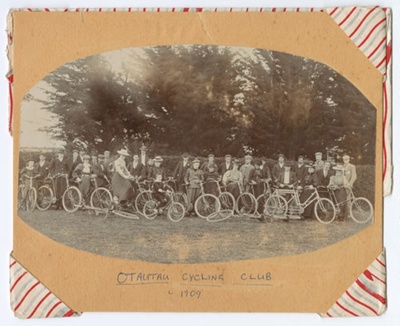 This is a photograph of the Otautau Cycling Club in 1909. The date of the club's formation is unknown but it was closely associated with the Riverton Cycling Club which formed in 1897. The two clubs regularly rode together, often meeting at a halfway point such as Fairfax, where local publican Mrs Callaghan, was also a keen cyclist.

In 1900, the club advertised for tenders to build a cycling track at the Recreation Ground (now Holt Park). In the following years, the club held cycling event days at the track which drew competitors from all over and large crowds.

The growing popularity of motorcars eventually saw the club's end.