Medals: campaign and service medals awarded to to George Davis, mounted on bar; ... 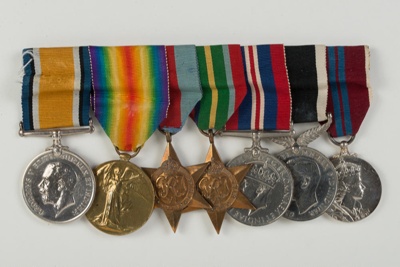 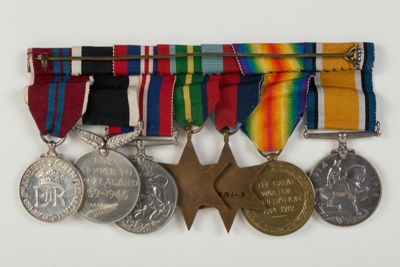 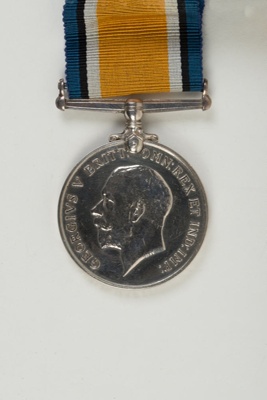 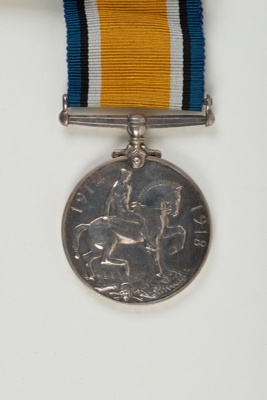 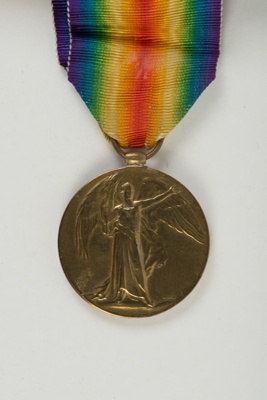 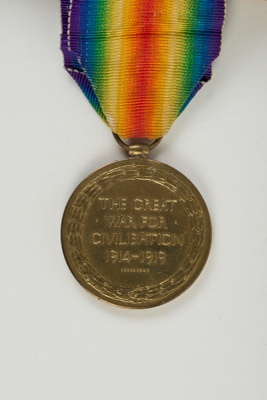 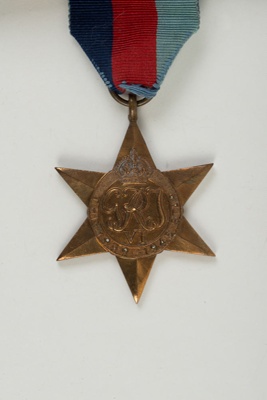 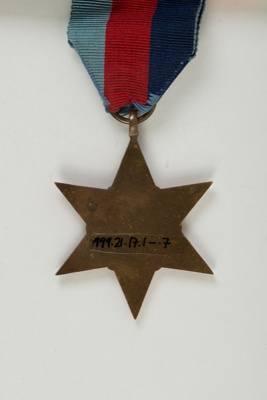 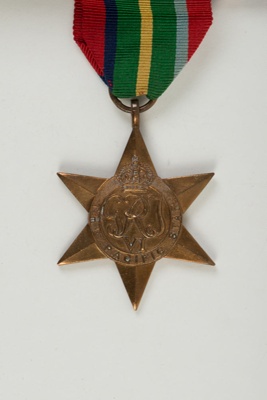 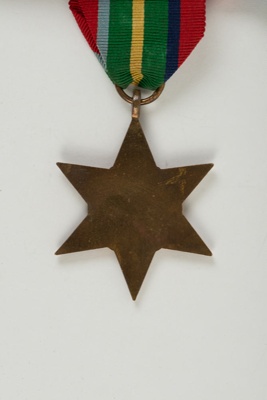 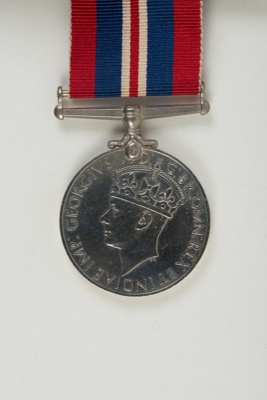 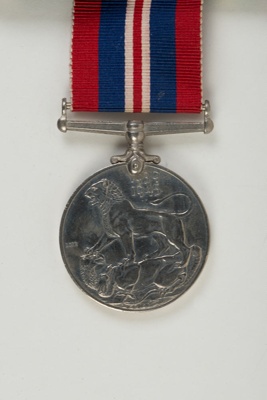 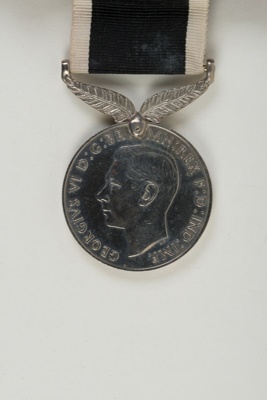 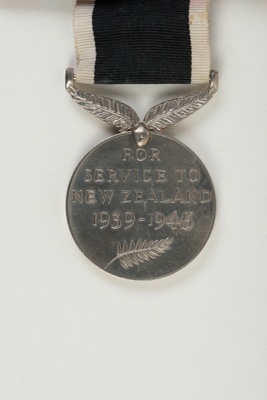 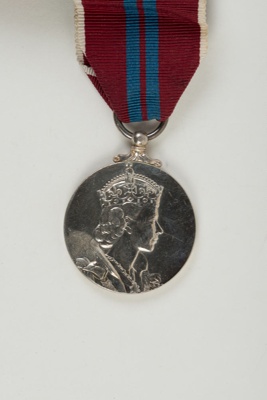 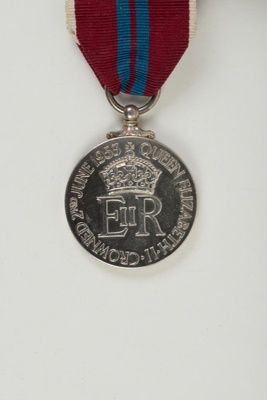 Medals: campaign and service medals awarded to to George Davis, mounted on bar

Mounted set of full-sized medals awarded to George Davis, from both World War One and World War Two. Medals awarded:
1. The British War Medal - instituted in 1919 to recognise conclusion of World War I
2. The Victory Medal - issued to all those who already qualified for 1914, 1914-15 Stars and to most persons qualified for British War Medal. It is distinguished by it's unique double rainbow ribbon.
3. 1939-1945 Star - The first in a series of eight campaign stars instituted in 1945 to recognise service in World War II. Awarded for six months service in specified operational areas. It was issued unengraved to New Zealand service persons. The ribbon has equal stripes of dark blue, red and light blue symbolising the Navy, Army and Air Force.
4. The Pacific Star
Awarded for operational service in the Pacific between 8 December 1941 and 2 September 1945. The centre of the ribbon is dark green (jungle) with a central yellow stripe (beach). On the outer edges are red (Army), dark blue (Navy) and light blue (Air Force).
5. The War Medal 1939 - 45 - awarded to all fulltime members of armed forces for 28 days service between September 1939 - September 1945.
6. The New Zealand War Service Medal - awarded for one months fulltime service or 6 months part-time service between 3 September 1939 and 2 September 1945. It was the first distinctively New Zealand campaign medal with fern leaf on reverse and a black and white ribbon.
7. The Coronation Medal 1953 - issued to celebrate the coronation of Queen Elizabeth II. Awarded to citizens of the British Commonwealth.

Medals: campaign and service medals awarded to to George Davis, mounted on bar; ...