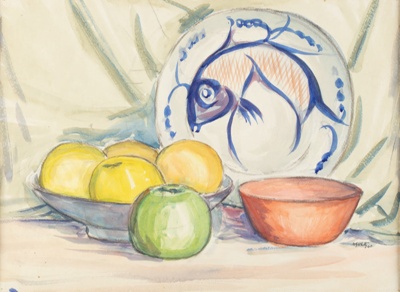 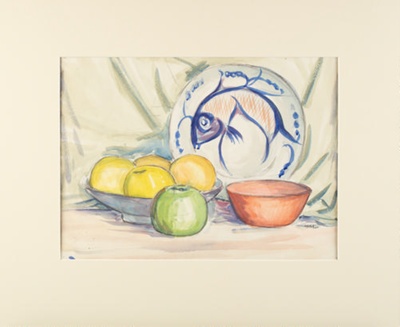 Artist Biography:
Born in Kidderminster, England in 1907, Norman Whitty’s artistic abilities were recognised early in life when he was awarded a scholarship at the Kidderminster Academy, a school highly regarded for having produced some of Britain’s leading textile designers. Whitty’s parents, however, had already made plans to emigrate to New Zealand and he was unable to take it up.

Arriving in Wellington in 1922 he enrolled in art classes at the Polytechnic, where he studied for the next eighteen months, before moving with his family to Gore. From 1924, Whitty was apprenticed to a plumbing company and painted when he could find the time. He stayed in Gore until 1934 when upon advice from his friends he moved to Wellington. For the next twenty years Norman studied, painted and exhibited in the North Island and undertook a four year painting tour of the North working as an itinerant landscape artist and living off the proceeds of sales.

The failing health of his parents brought him back to Gore in 1956, only occasionally exhibiting, until ill health in the late 1970's forced him to stop. With limited exhibition opportunities in the South (aside from two shows in the late 1950s) his work was largely unseen in Southland until a large survey exhibition at the Eastern Southland Gallery in 1985.
Whitty’s work is held in many public and private collections, including the US Embassy, Government House, the Alexander Turnbull Library and the Eastern Southland Gallery.

Norman never owned a car and so would get lifts to where he was going to paint. When asked about the large number of paintings of one particular scene, he explained that this was because his ride had forgotten to come and pick him up again.