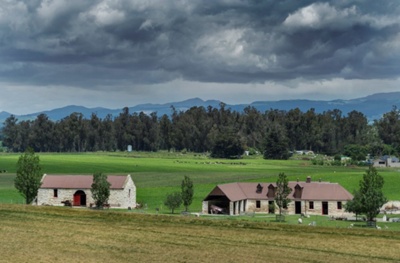 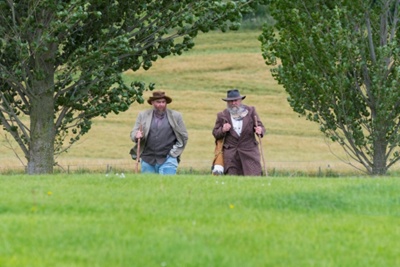 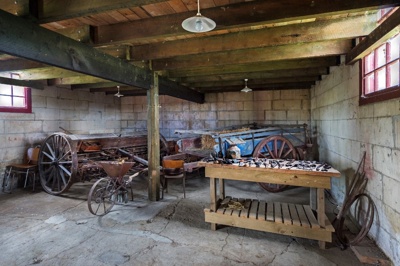 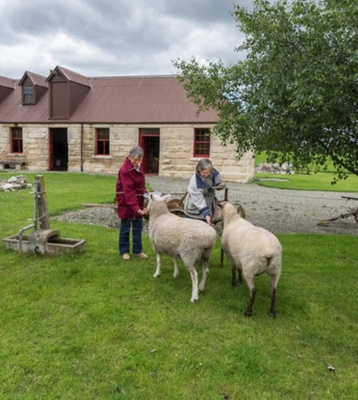 Totara Estate situated south of Oamaru is an historic farm that is highly significant as the birthplace of New Zealand's billion dollar frozen meat industry.

Totara Estate was established during the 1850s and was known for its sheep, cattle and grain. It was purchased by the New Zealand and Australian Land Company, a Glasgow-based company in 1866. The Company's affairs in New Zealand were overseen by colonial agent, John Douglas, and the newly appointed superintendent Thomas Brydone. Brydone applied his comprehensive knowledge of farming to improving the Company's estates. He proved invaluable at Totara Estate – within ten years, it had prospered greatly and nearly doubled its value.

Because of the downturn in wool prices during the 1870s, New Zealand pastoralists were extremely interested in the results of the first frozen meat shipment from Australia to Britain in 1880. Once this proved successful, W. S. Davidson, the general manager for the New Zealand and Australian Land Company, began to organise a similar venture from New Zealand.

He instructed Brydone to have a slaughterhouse built at Totara (1881), and subsequently sent the first shipment of meat from the estate to Port Chalmers in 1882. The meat was frozen onboard the ship 'Dunedin', which had a steam-powered Bell-Coleman refrigeration system installed, and the meat arrived successfully in Britain.
By the end of the 1890s the export of frozen meat had become (and remains) of considerable importance economically, politically and socially, to New Zealand.

In 1980 the Totara Estate farm buildings were purchased by the New Zealand Historic Places Trust (now Heritage New Zealand Pouhere Taonga), with the assistance of a number of grants including one from the New Zealand Meat Board. The Trust restored the buildings during 1981-1982, creating displays (housed primarily in the former cookhouse) which illustrate the early history of Totara and the development of the frozen meat industry.

Daily, September - May 10.00am - 4.00pm Closed June - August except by prior arrangement Closed Christmas Day and Good Friday

Museum brochures / picnic area. Some doorways may be narrow for motorised wheelchairs.