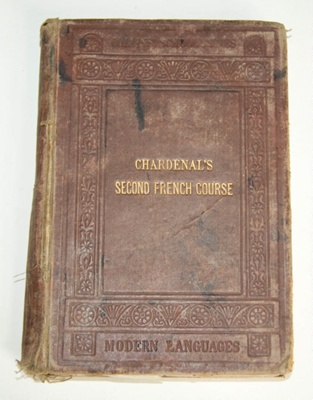 This hardbound book entitled ‘Chardenal’s Second French Course’ was used by Vincent, Winifred, and Mildred Kerr Taylor for their studies of the French language.

Winifred and Mildred attended a private primary school in Morningside, Auckland, which consisted of only 10 pupils. Later, they attended Auckland Girls’ High School where they studied subjects such as arithmetic, geography, French, Latin, sewing, singing, and drawing, as well as other skills required for running a large household. (1)