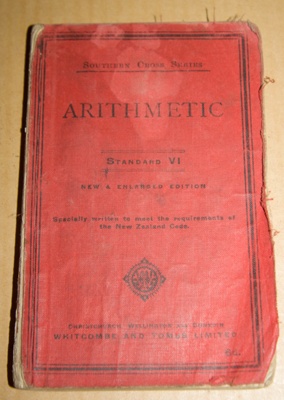 This arithmetic text book belonged to Muriel Kerr Taylor who wrote her name as well as “Madam M Taylor” and “Lady Muriel” on the front cover. As a girl, Muriel attended Mount Albert School in Auckland, and later went on to attend Auckland Girls’ High School. There, she studied subjects like arithmetic, geography, sewing, singing, French, Latin, and drawing, as well as other skills required for running a household. (1)