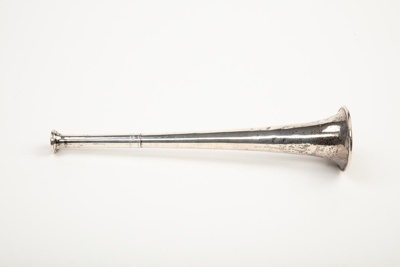 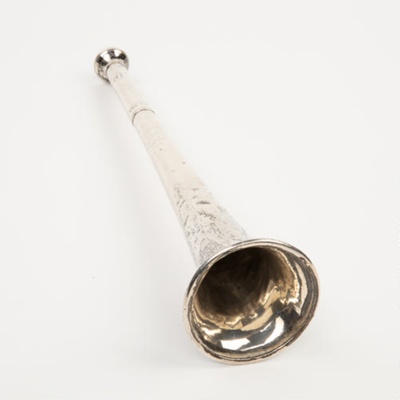 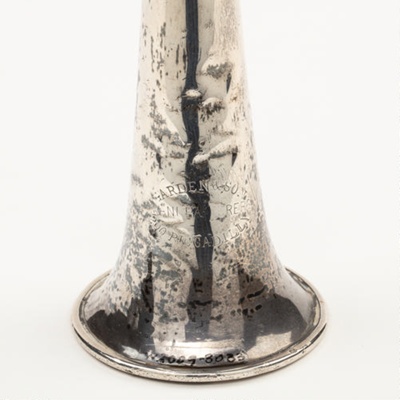 Made in London in 1875, this is a hunting horn which is believed to have been used during the early days of the Birchwood Hunt. The Birchwood Hunt began on the property of Captain James Gardener Esq. in 1886 and has been an annual activity in Southland for 132-years. Various hunting clubs in the Southland region would partake in a hunt on other members’ properties and the Birchwood Hunt became characterised by the open-handed hospitality of the Gardener family.

The hunt follows the English tradition of hunting with horses and beagles and is unique in that it has been adapted in a largely Scottish and Irish settlement of New Zealand.