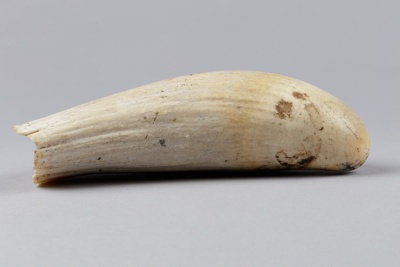 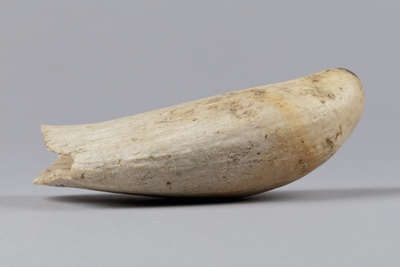 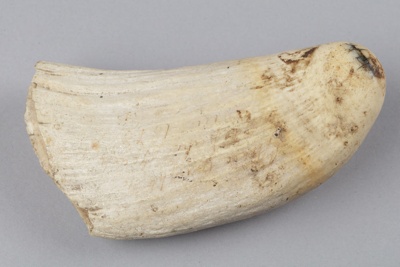 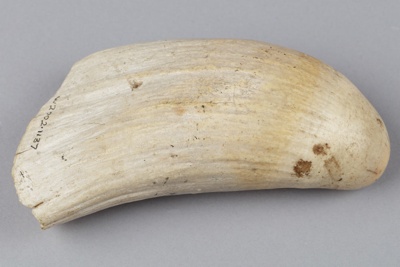 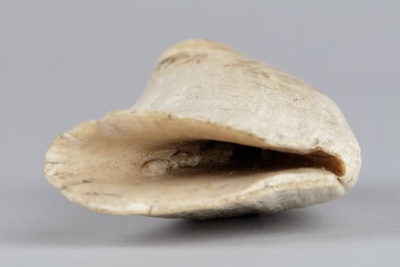 A parāoa (sperm whale) tooth. The surface shows the natural grain of the tooth and the pulp/root cavity is hollowed out. It has an inscription that is barely legible; the year '1878' can be seen toward the root end.