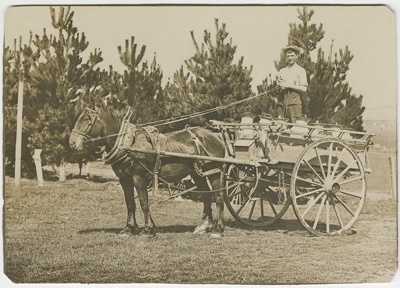 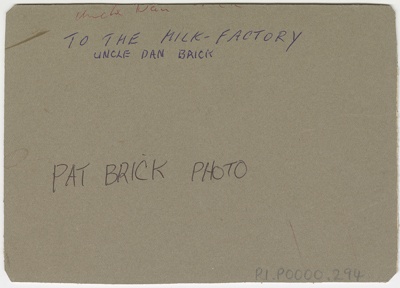 A mounted black and white photograph of Daniel Joseph Brick (Dan) with a horse-drawn cart loaded with milk cans. The photograph was likely taken when Dan was in his late teens, probably on the family farm at Orawia where he lived all his life.

Dan Brick, also known as Danny, was brother to Gerald (Gerry) Brick, second youngest of the family. This photo came to the museum via Dan's nephew, Gerry's son, Pat. Pat's sister (Dan's niece) Kathy remembers him as a jovial character and natural entertainer who played accordion and piano very well.