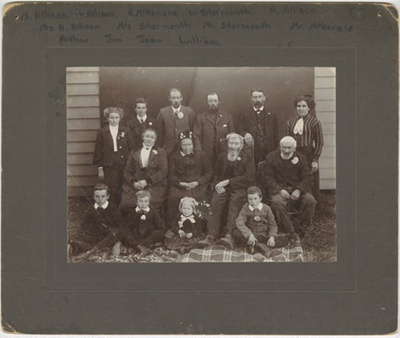 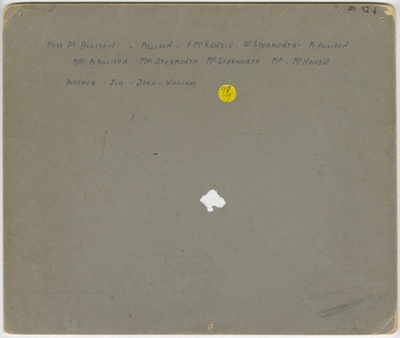 The Stormonth family were early farming settlers in the Drummond District. Isobel Stormonth married into the Allison family.

McKesch photographs date from around 1905 to 1923. Henry John McKesch was a native of London, born circa 1857. He came to Southland and lived at Drummond and Thornbury, before settling in Riverton. He was well known for photographing events around the region, sports meetings, shows, livestock, groups, etc. He was a well respected and active member of his community, helping at the hospital during the influenza epidemic, serving on the committee of the Athenaeum, and an active parishioner. Henry died suddenly in 1923, aged 66.