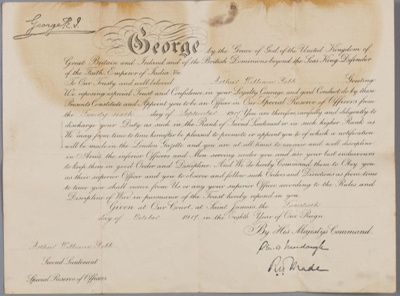 Warrant dated 20 October 1917 appointing Arthur William Robb as a Second Lieutenant in the Special Reserve of Officers in the British Army.