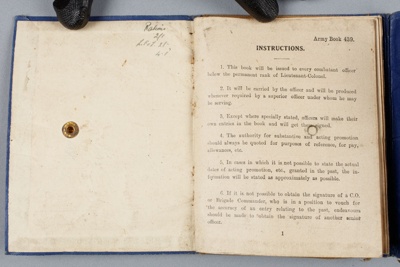 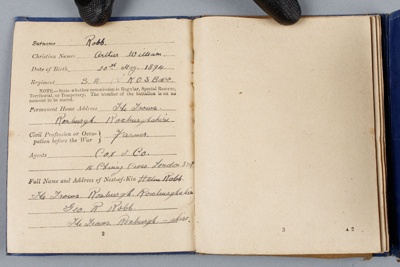 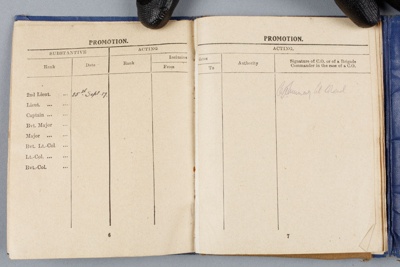 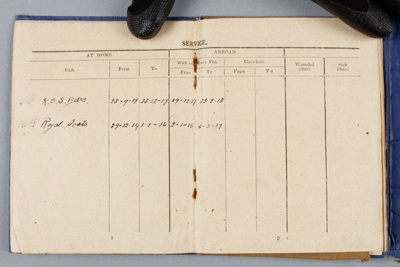 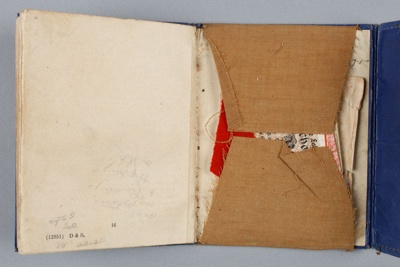 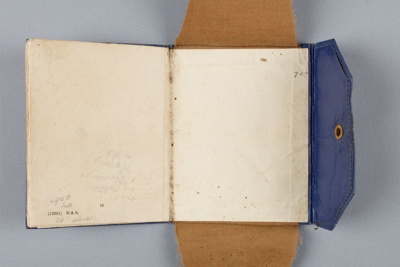 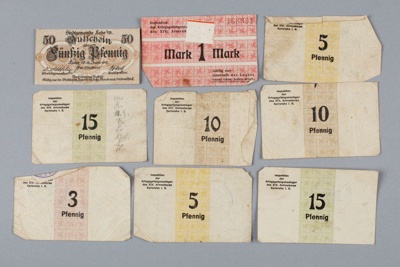 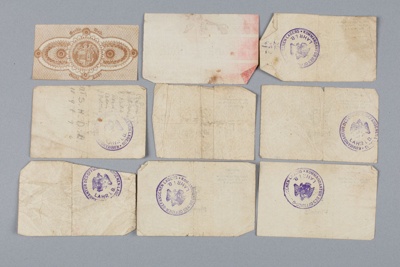 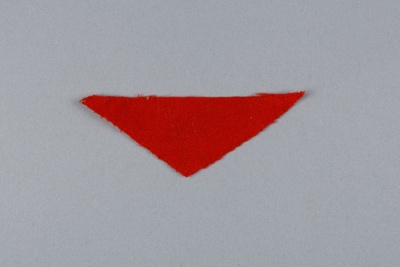 The book also includes a red cloth triangle which requires further research to ascertain its purpose.