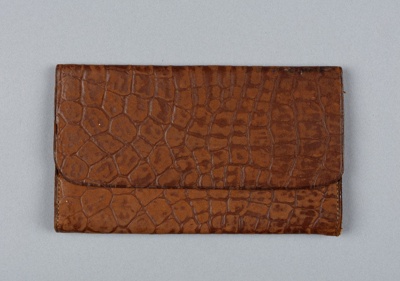 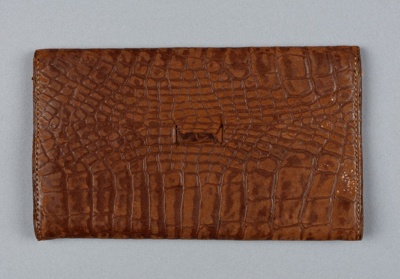 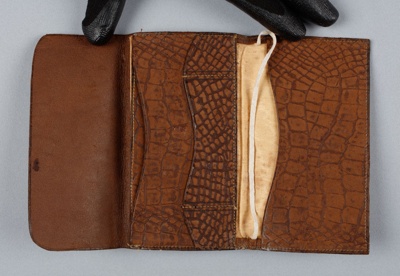 Brown leather wallet owned by Arthur William Robb, a farmer from Lochiel in Southland. Arthur had an interesting life. He was originally a farmer from Trows in the Scottish Borders. He served as a Second Lieutenant in the British Army (King's Own Scottish Borderers) during World War One.

During the war he was captured by the German Army and held as a prisoner of war. In late December 1918, Arthur was released and returned to England. In 1920 he emigrated to New Zealand, serving as a merchant seaman on the voyage to Lyttleton. Arthur settled and farmed at Lochiel in Southland for the remainder of his life.

He married Eleanor Moir Robb, they had two children, Stuart William Robb and Elizabeth Henderson Forbes. Arthur was a member of the Invercargill Returned Services' Association (Winton Sub-Association). He died in July 1955 aged 61.