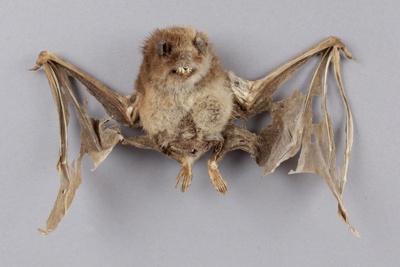 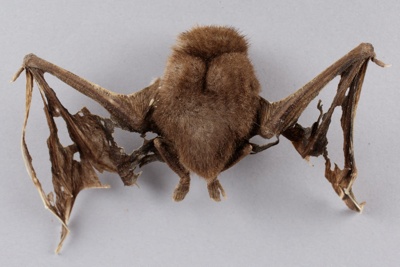 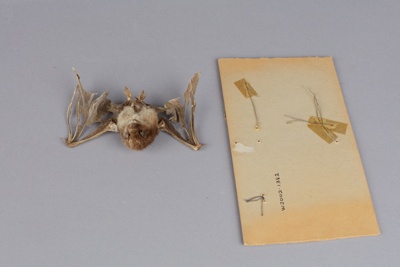 A preserved short-tailed pekapeka (bat). It was mounted on a small piece of card with fastenings at the ankles and wings. Over time the pekapeka shrunk and its feet retracted up towards the body, freeing them from the fastenings.

Pekapeka are associated in several Māori pūrākau (legends, stories) with the mythical, night-flying bird, hokioi, which predicts death or disaster.