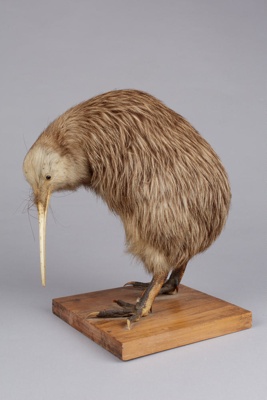 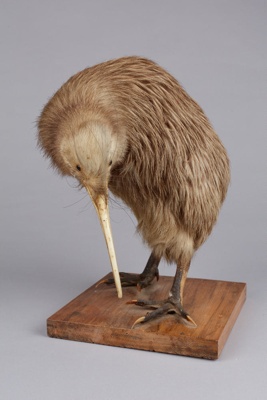 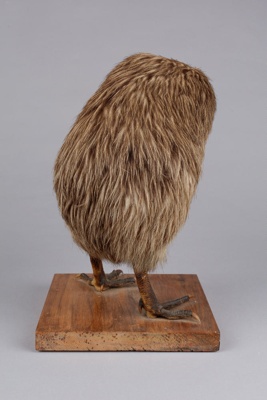 A stuffed and mounted brown kiwi. We have not been able to identify which of the brown kiwi varieties this is; Southern Brown (Totoeka, found in the South Island) or Brown Kiwi (found in the North Island). There is an inscription in pencil on the base that reads 'D. C. Robertson, Riverton'. Cam Robertson was the Curator of the Wallace Early Settlers Museum 195-1973.

They are a taoka/taonga (treasure) species, having particular significance for Māori, who have strong cultural, spiritual and historic associations with kiwi. Their feathers are valued in weaving kahu kiwi (kiwi feather cloak) for people of high rank.

More information about kiwi can be found here: