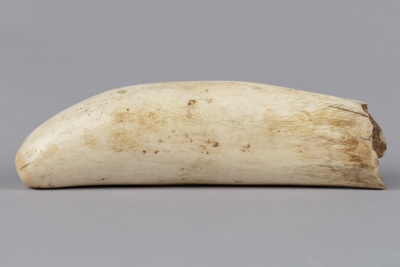 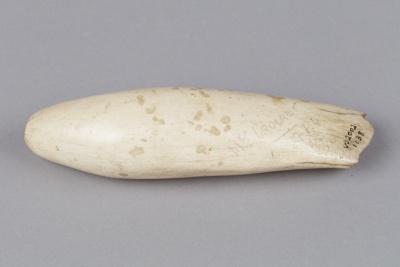 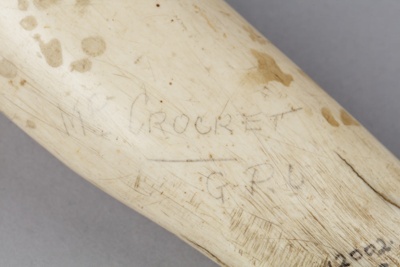 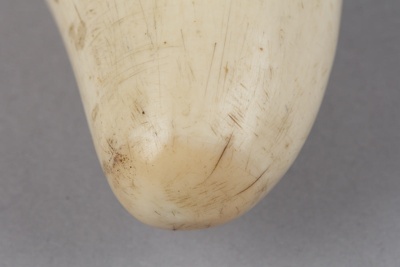 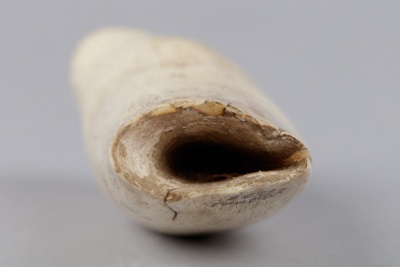 A worked parāoa (sperm whale) tooth. It has been smoothed down so the natural grain is no longer prominent. A pencil inscription on the surface reads 'Mr Crocket / G. P. U. or G. P. O.'