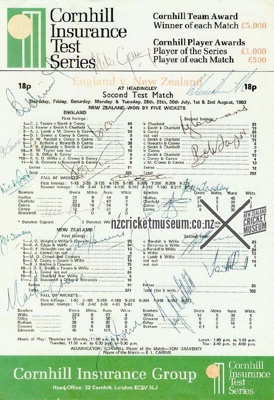 These scorecards were available to fans as a souvenir of the match with a copy produced for each day. This one is made all the more special for the significance of the match and the signatures on it, including Martin Crowe, Mike Gatting, Jeremy Coney and Sir Richard Hadlee.