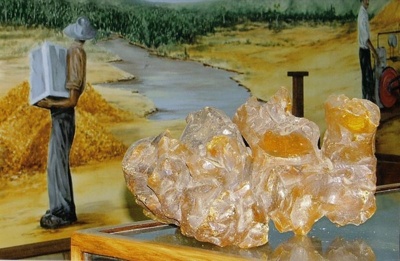 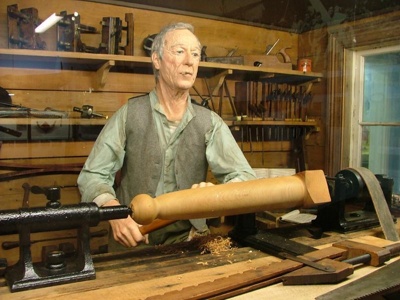 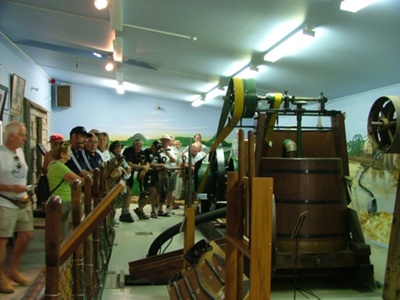 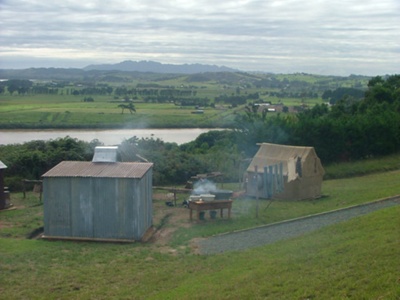 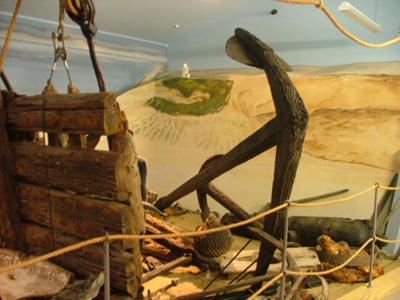 The Dargaville Museum Te Whare Taonga o Tunatahi is a Māori, Maritime and Pioneer Museum, situated in Harding Park Pou Tu o Te Rangi, overlooking Dargaville with magnificent views of the surrounding district including that of Mt Tutamoe, Northland's highest mountain, Toka Toka Peak, Maungaraho Rock and the Northern Wairoa River.
The Museum exhibitions tell of early Māori, the early pioneers, including the gumdiggers, and the maritime and industrial history of the Northern Wairoa River surrounds, the Kauri Coast and of our communities.
The river was the main method of transport in the area up until the 1940s. The maritime exhibitions tell the stories of the many shipwrecks and relics that appeared out of the sand on our wild west coast such as the French warship the 'Alcemene' and the NZ built 'Huia'. The story of the Greenpeace ship, the Rainbow Warrior, sabotaged while at dock in Auckland on the 10th July 1985, only 2 weeks after the museum opened is featured in the maritime hall. On display is the ship's clock which stopped when the bomb exploded at 10 minutes to midnight. In the grounds of Harding Park are the ship's masts, lit at night.
Within the Māori exhibition we have a 16 meter long hand-adzed Māori Waka and a very early Pou on display along with other early Māori taonga such as adzes, kete and more.
Our Pioneer hall shows the life the early settlers lived. The Gumdiggers' hall displays fascinating insights into the life of the Dalmatian Gumdiggers. Exhibited is the restored Blackstone engine which ran the old gum washing machines and life-like models scraping gum outside an original Gumdigger's hut.
The passions of the avid collector are also satisfied with the extensive displays in our Collector's Hall ranging from birds eggs to thimbles. Within the fully restored Aratapu Library built in 1874 and now part of the museum, the musical history of the district is told. The focal point of is an extensive accordion collection from around the world and includes the renown Kevin Friedrich Accordion collection.
Lighthouse Function Centre is immediately adjacent to Dargaville Museum. Available to hire for any event from short meetings to weddings and able to seat more than 100 guests, the event room has expansive views of the town, river and beautiful countryside. Please phone or enquire through our website: www.dargavillemuseum.co.nz.
Within Harding Park Pou Tu o Te Rangi is also the museum's replica Gumdiggers' site, ample parking, and a Camper-van Park available for overnight stays with water and dump station.
Harding Park also offers a cycle trail opened in 2021, walking tracks, the Kaipara Vintage Machinery Museum open Wednesdays and Saturdays and the Pou tu o Te Rangi Pa site, and neighboring the park is the old Mt Wesley Cemetery.
We are open every day apart from Christmas Day and ANZAC morning.

The museum has a research library and archives and our researchers work in conjunction with the Northern Wairoa Genealogical Society who are also on-site.
The Museum shop has a great selection of NZ Souvenirs including locally and NZ made jewellery and kauri wood turning. We also have free maps, tourist brochures and information brochures on local activities.