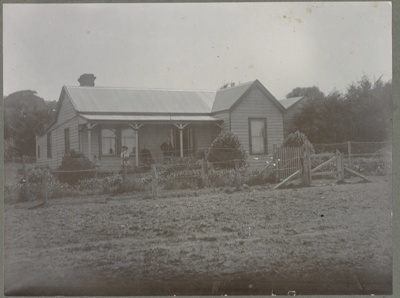 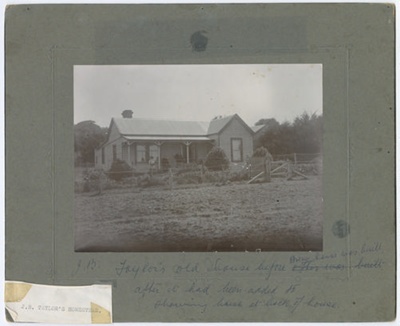 This is the original homestead of the Taylor Family. John Bosworth Taylor Senior immigrated to New Zealand from Australia in the 1850s. He married Margaret Davidson of Port Chalmers, and the couple lived for a short while at Port Chalmers. Moving to Mokoreta in search of a better life, John purchased 220 acres on the north side of the river and called it 'Cranfield' after his ancestors' farm in England.

The house consisted of four rooms with a lean-to at the back. Margaret cooked on the wood-burning range which also supplied the hot water. Kerosene lamps and candles supplied the lighting at night.

What happened to the homestead?

The couple's grandson, J. B. Junior, took over after his grandfather died in 1917. He married Eliza Legget and the couple had three children, Victor, Mary and Noel. In 1923, J B's brother, Herbert and his wife Sarah, died of influenza, leaving their four children orphaned. Two of their children, Eva aged four and Doug aged 18-months went to live with the Taylor family. A four-roomed house for two adults and five children was not enough space and so in 1925 a new house was built. Electricity having arrived in Wyndham meant that this new house had all the mod cons including electric lights, a water heater and an electric range.