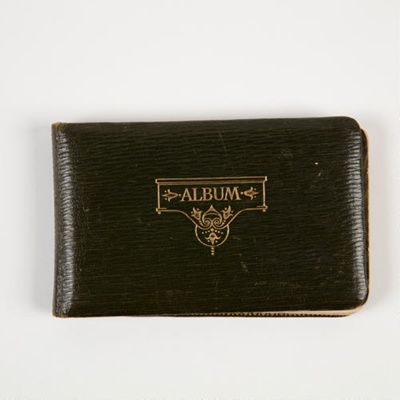 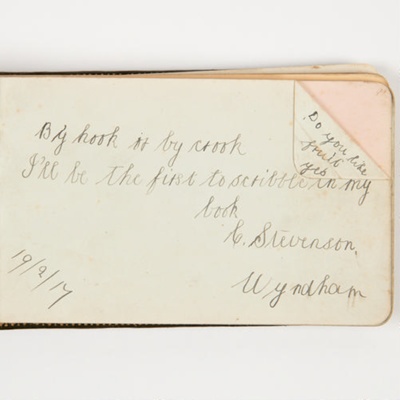 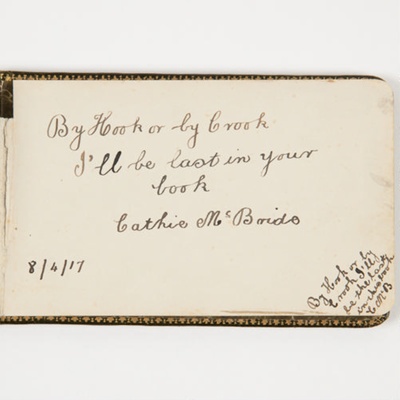 Photographs mostly of Cathie's trip to Ireland in 1953 where she visited her mother's family, the McBrides. 28 photographs.

A Kodak wallet containing the photos as above and 15 photograph negatives mostly relating to Cathie's trip to Ireland in 1953.

Cathie Stevenson was a daughter of Gus and Annie Stevenson (Gus was a local carrier) and her sisters were Ella and Mary. After primary school at Wyndham, Cathie attended Southland Technical College in Invercargill. She later became a long-serving employee as a clerical worker for the Stock & Station Agency at Wyndham - Henderson & Co., later known as J. G. Ward & Co. Their building was situated on the corner of Redan and Balaclava Streets, now the site of the present day Evangelical Church.

Cathie passed away in 1988 and now rests alongside her sister Mary at the Wyndham Cemetery. During her burial at the cemetery an earthquake occurred and 'the hearse began to rock and graves creaked and one wise person commented that "Cathie would have the last laugh."'

Among Cathie's personal archival items is her autograph book
with entries from 1917-1920.

Autograph books were popular among young people for many years. They were personal keepsakes, treasured items, in which friends and family and even famous people wrote their messages. There were sometimes quotes, verses, illustrations often of a humorous nature.

In Cathie's book there is one entry that stands out, a two page painting signed in 1918. Another includes a postage stamp to make a point. Her autograph book has some delightful verses and quotes and includes one of an intriguing painting signed by 'Jo Jo 29.8.18'. Cathie herself, begins with neat handwriting, 'By Hook or by crook I'll be first to scribble in my book', signed C. Stevenson, Wyndham 19 Feb 1917.