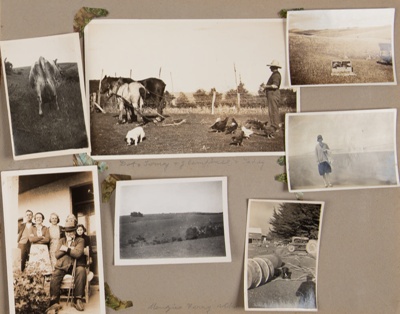 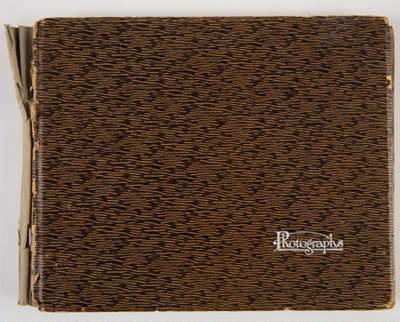 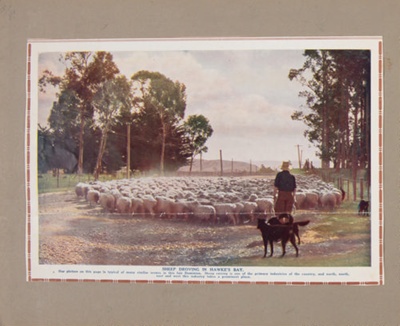 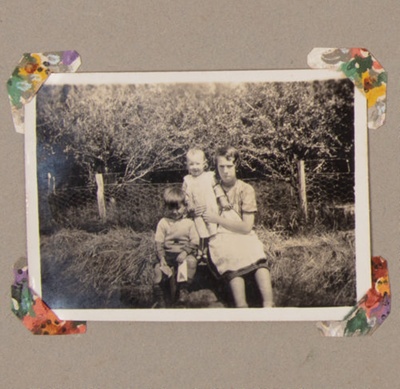 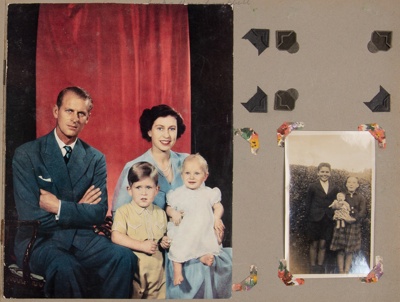 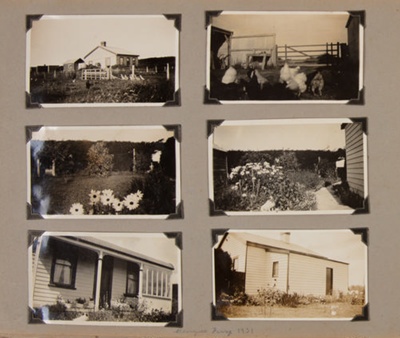 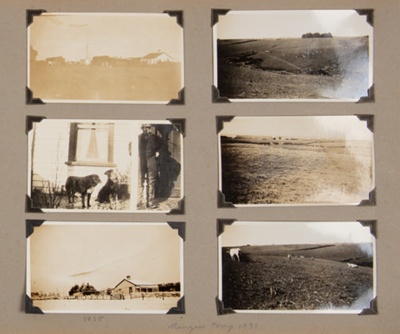 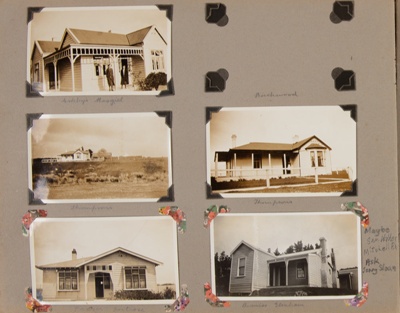 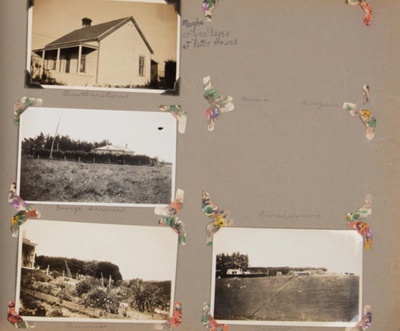 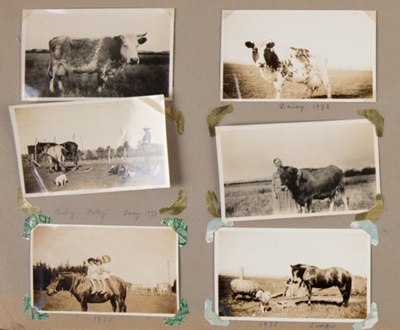 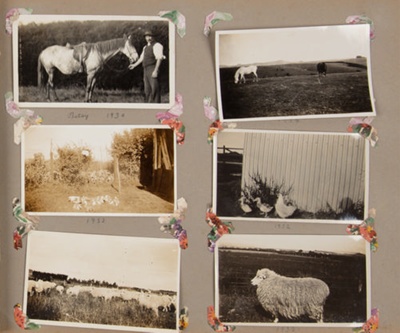 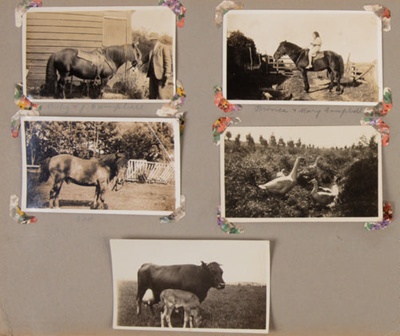 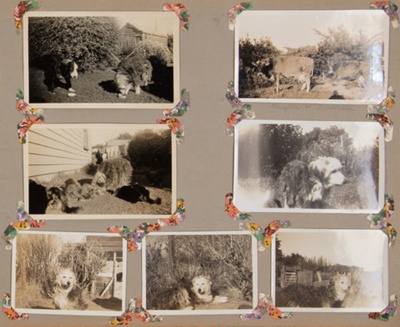 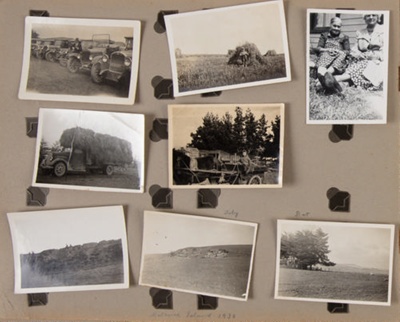 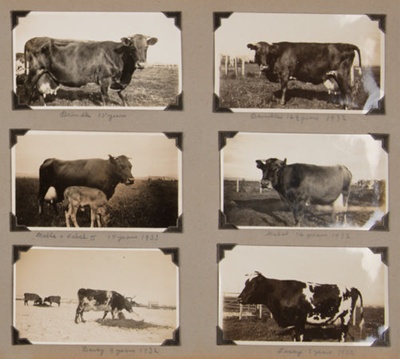 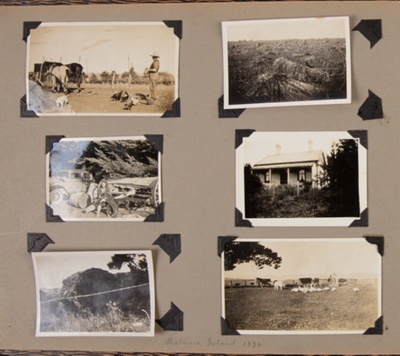 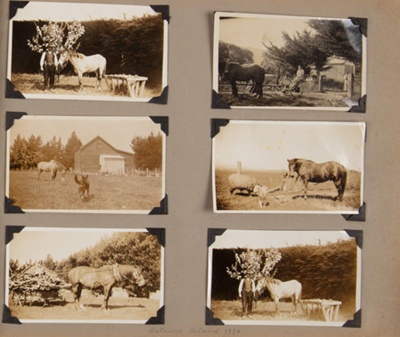 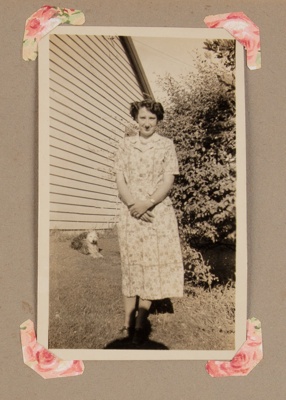 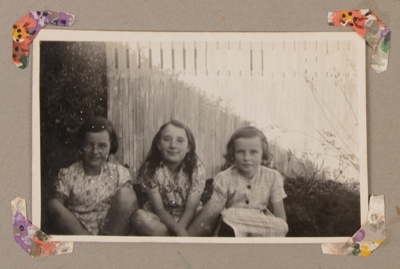 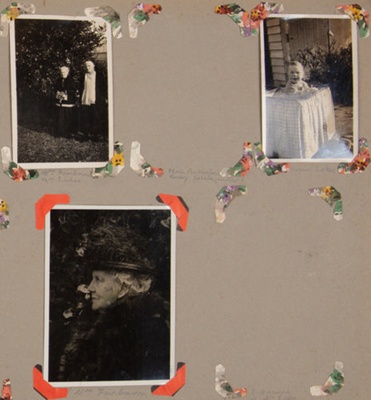 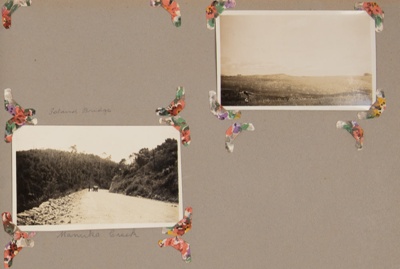 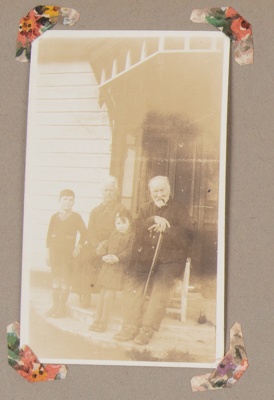 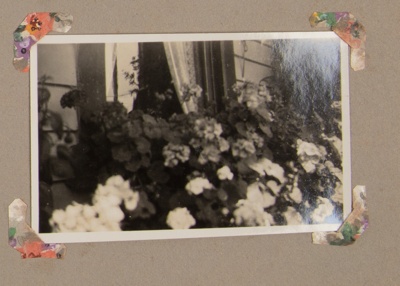 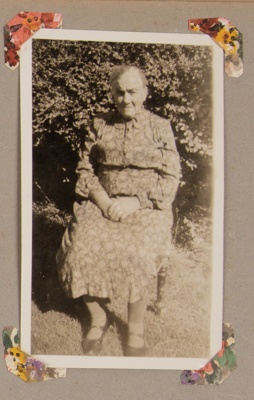 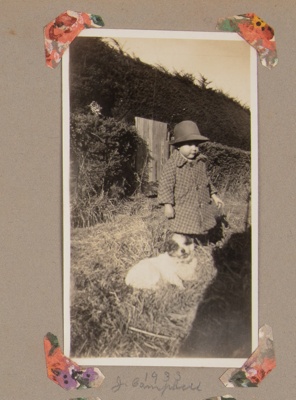 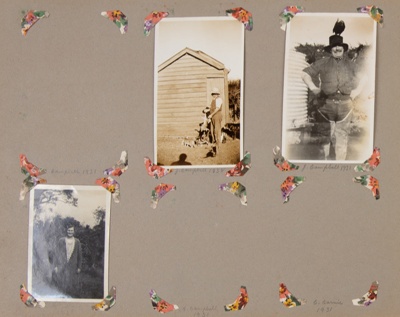 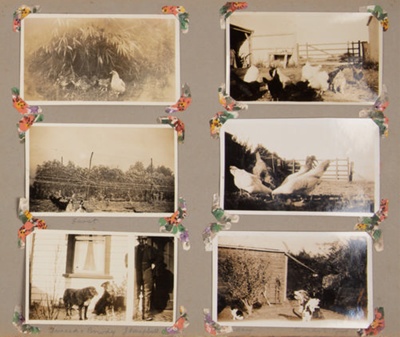 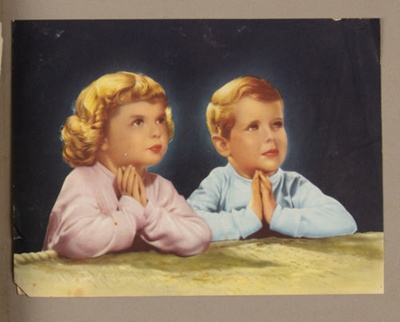 This photograph album is believed to have belonged to Marjory Halliday (nee Campbell). Marjory and her siblings Ian, Peter, James and ?Sheila were the children of Peter and Alice Campbell. In earlier years Marjory was involved in athletics and golf. She studied music and gained her ATCL Teachers Certificate and for many years was the organist at Wyndham Presbyterian Church. Other interests were gardening and floral art and she became a Judge in Floral Art and also held the Royal New Zealand Institute of Horticulture Society Certificate of Cut Flowers. Marjory married Ernie Halliday in 1965.

What is in this photograph album?

This is an interesting collection of photographs taken mostly in the 1930s in the Mataura Island and Menzies Ferry areas. It portrays family farm life and animals on the farms, cows with lovely names such as 'Brindle' 'Daisy', Mabel'. Horses named 'Betsy', 'Ned', 'Prince and 'Myrtle'.

Many of the photographs feature a Mr J. Campbell, could this be James? and included is a delightful photograph of a smiling 'J. Campbell' with hens sitting on his hat and shoulder. He features also with his dogs 'Tweed' and 'Rowdy'. Some of the other names under photos are Carnie, Fraser, Brotherston, Burnie and Glynn.

The album also includes newspaper cuttings: 'Mr Frank Holloway Dies Suddenly' ; 'Here in New Zealand ... deeply moved by the tragic loss of President Kennedy' and also of 'Mr Cedric Savage's ... watercolour ... to be presented to the Queen Mother'. There are pictures possibly from calendars, of children praying, sheep droving and two pictures of Royalty.