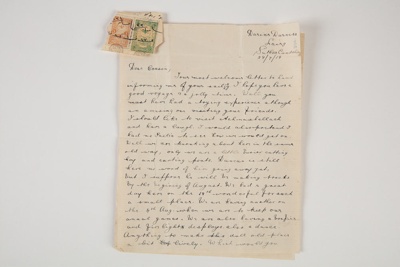 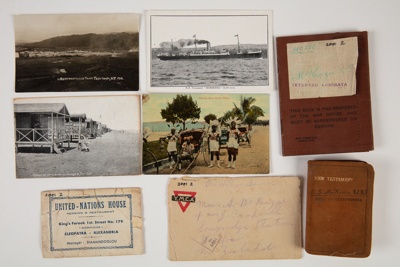 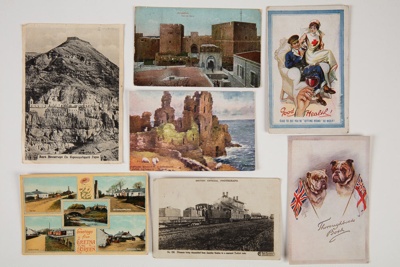 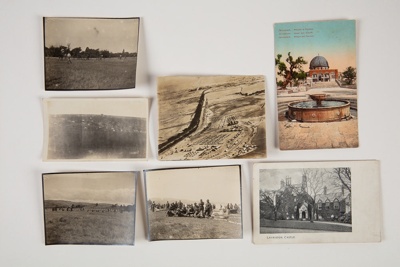 This is a box of archives pertaining to Donald Sutherland McKenzie's time serving with the First New Zealand Expeditionary Force during World War One.

Born at Fortrose in 1892 to Donald and Margaret McKenzie, Don grew up on the family farm 'Rosemount' at Glenham.

In 1917, Don enlisted to serve in World War One. At the time, he was working on the family farm at Glenham, and listed his father as next of kin. Don served with the Otago Mounted Rifles in the 26th reinforcements.

He returned in 1918, and continued to work on the family farm. When his father passed away, Donald and his brother Kenneth took over the farm, with his sister Alice taking care of the household.

Contained within this archive is a very special letter which Don received as part of a parcel from the Glenham Red Cross. It reads:

Just a line in along with your Xmas parcel from the Glenham Red Cross. I hope you enjoy the contents and that you will spend a Happy Xmas. Try and make it so anyway.
Hurry up and come back, as boys here in N.Z. are getting very scarce. Come back and we will give you a right royal welcome. Glenham is still the same good old sporty place. The girls still smiling.
Keep your heart high and your head low and you will get through safely.
Yours in N.Z.
Letty Dobbie
Glenham Southland'

Letter from a Margaret Carmichael

Five photographs from in camp during WWI

Statement of Accounts upon discharge

A series of Accounting Paperwork

Last Will and Testament of Donald McKenzie Snr which states that the family farm 'Rosemount' at Glenham is to go to Donald and his brother Kenneth.