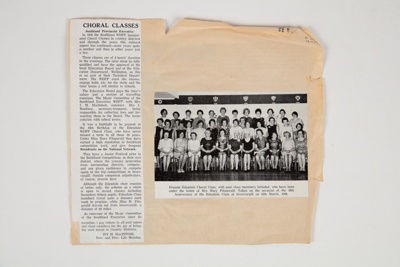 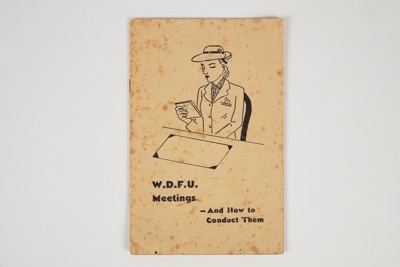 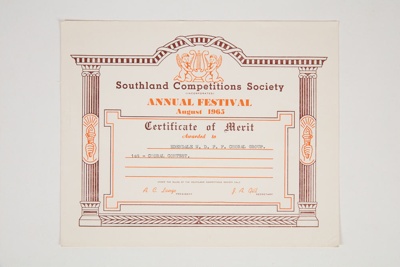 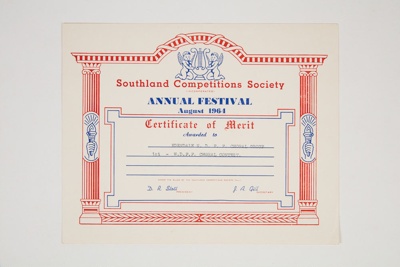 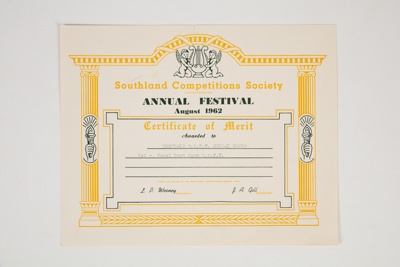 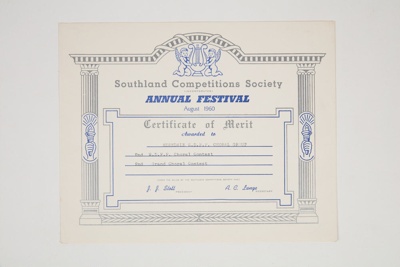 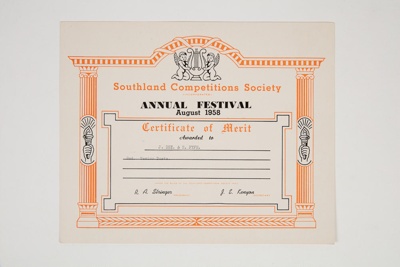 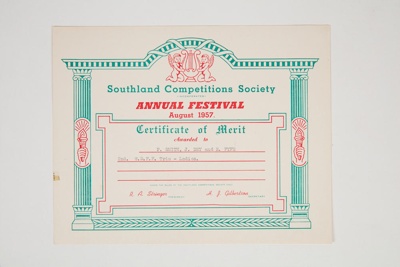 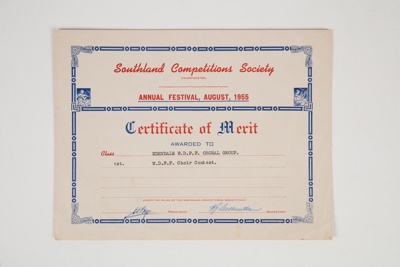 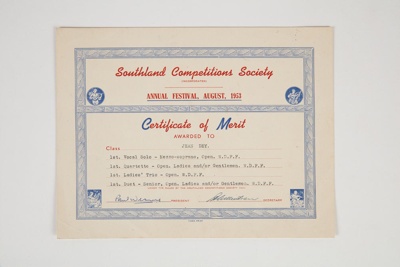 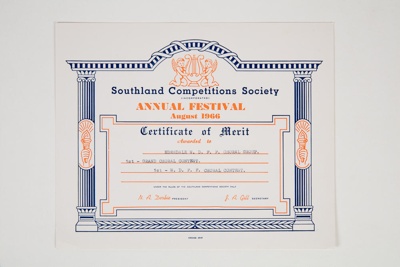 They contain records from the W.D.F.F. Choral Group, including a photocopied newspaper cutting and photograph and a hand written list of names of the ladies in the group. There is a photocopy of a 1956-1979 story about the group, which was conducted by Mary Fitzgerald from 1955 to 1975 when ill health forced her to retire.

Also, numerous adjudicator's sheets which extol the ability of the group and this is shown in the certificates, which show them as winners in many divisions. The certificates date from 1953 to 1966.

The Choral Group numbered between 20 and 28 in the 50s and 60s but by 1970 the numbers had dwindled. At the end of 1975 with Mary's retirement, Jean Dey of Wyndham took over the role of conductress. Although no longer performing on the the radio the group continued to sing at homes for the elderly, Women's Division functions and other local events.