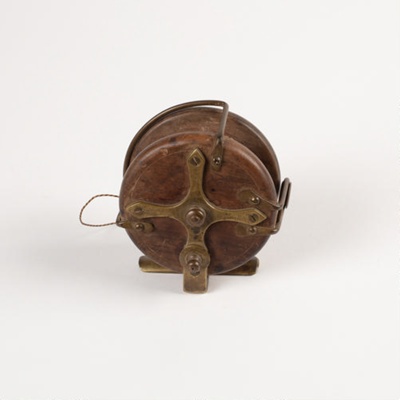 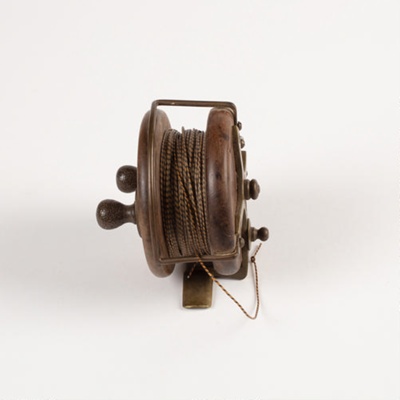 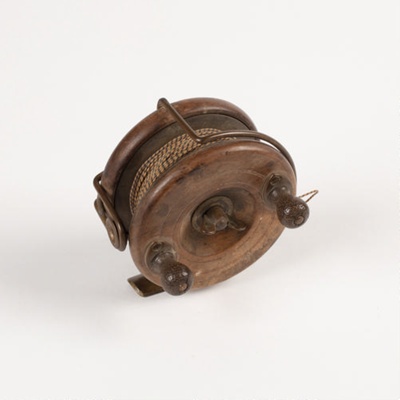 This wood and brass fishing reel was made by A & W McCarthy of Dunedin and Invercargill. It is most likely a 4” 'Eaton Sun' patent Nottingham reel retailed in with working internal ratchet mechanism, made in the early part of the last century.

A. &. W. McCarthy Ltd were a firm of gunsmiths, locksmiths, and fishing equipment specialists who built large premises just opposite the Dunedin Railway Station. Samuel McCarthy had set up business in Dunedin in 1861, originally as a gunsmith, locksmith, and bell hanger. His sons Arthur and Walter took over in 1890 and the firm then took on the ‘A. & W.’ name.

McCarthy’s remained in the same building for some 90 years. They became the leading importer of English guns and increasingly specialised in fishing equipment. They were famous for their catalogue service (which even drew in overseas customers) and for a time they had branches in Invercargill and Palmerston North. As well as shops and offices in their Stuart Street building, they also developed workshops for their own manufacturing department. Local children were paid to collect bags of cocoon bodies, which were used to make fishing lures.

A. & W. McCarthy went into liquidation in 1999, at which time they claimed to be the oldest family-run business in Australasia.