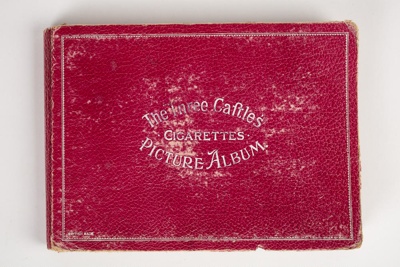 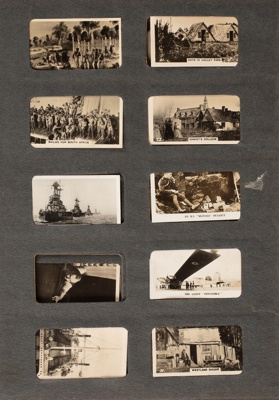 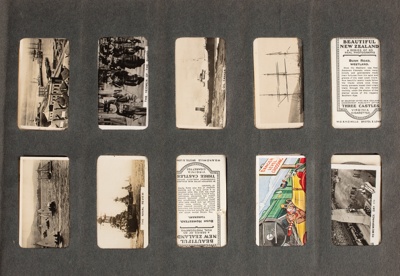 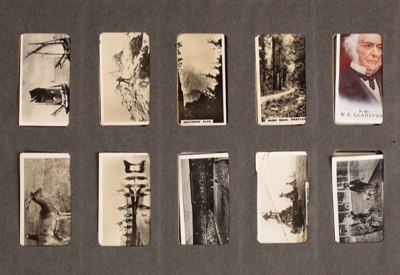 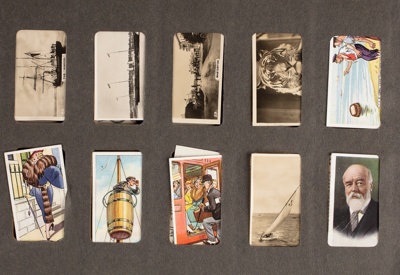 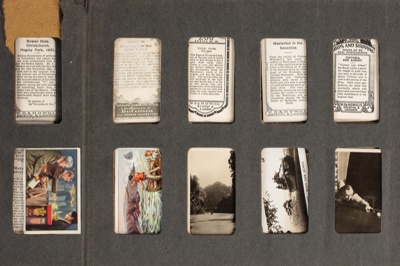 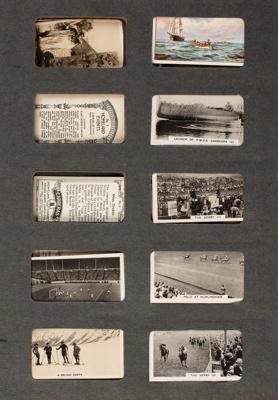 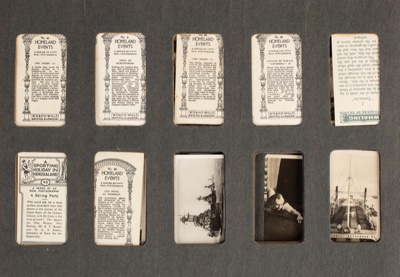 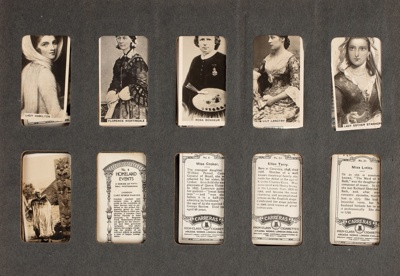 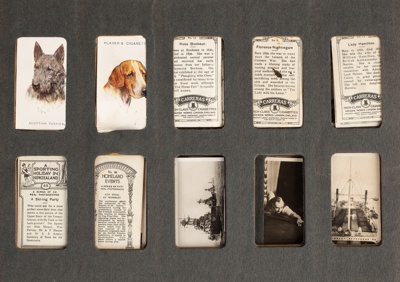 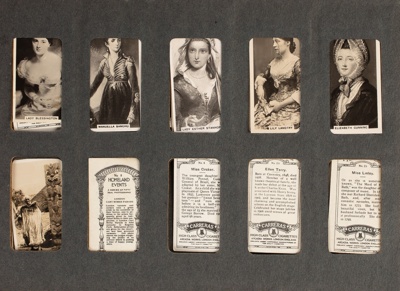 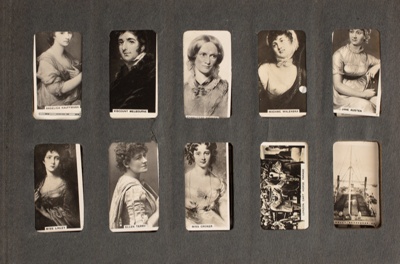 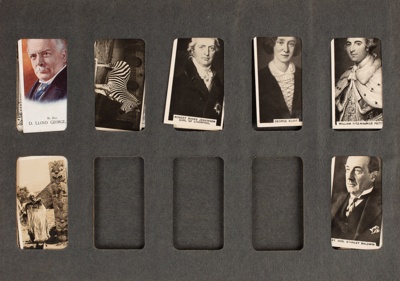 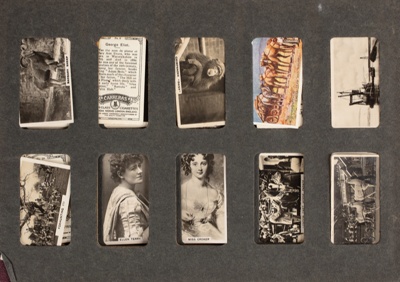 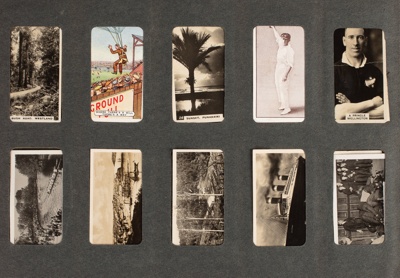 Cigarette card collecting was at its peak in New Zealand from the mid-1920s and continued for about 15 years. Cards depicting ships, trains, motorcars, animals, sportsmen and women, flags, soldiers and many other subjects were produced - one card in each packet of cigarettes, cigars and tobacco. Although initially intended as advertising for various brands of cigarettes, the cards were quickly seized upon by children, and because of their efforts large quantities of cigarette cards have survived. At some stage, most New Zealand households had a Three Castles album on the go.