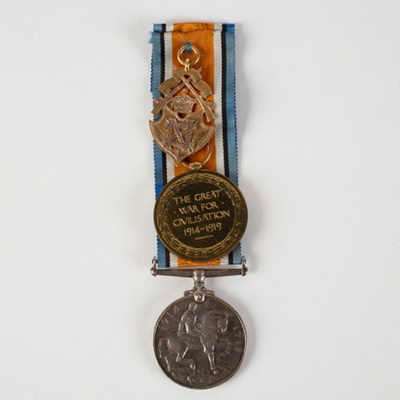 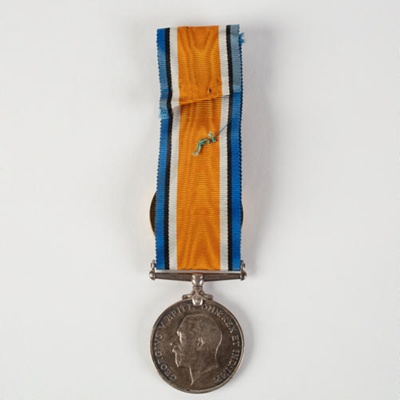 These medals were awarded to Private James Telfer 23637. They include a British Victory Medal 1914-1919, and a second medal with a gold coloured shield with a crown and two rifles on the top which was a personal medal presented in memory of Private Telfer

Born at Wyndham, he was the son of A. W. and Margaret Telfer, of Mataura Island. Before entering the army James was a labourer.

James died in action at Bapaume, France. on 24 August 1918 aged 20. He is interred at the Beaulencourt British Cemetery, Ligny-Thilloy, Pas-de-Calais, France.