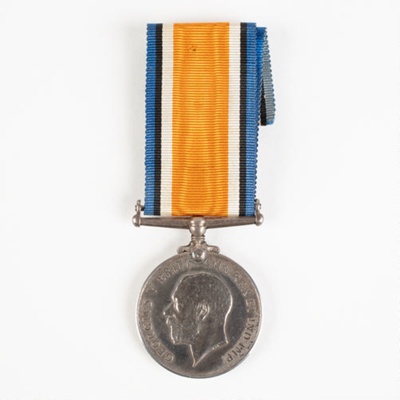 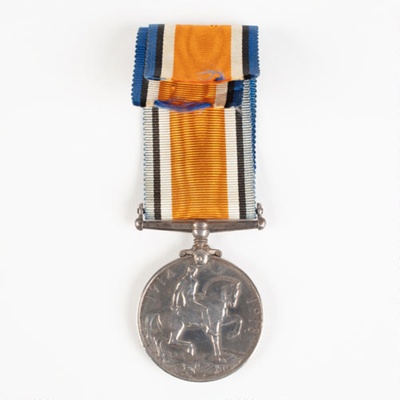 Prior to the war, John Beange was a shepherd. He served as a Private in the 15th reinforcements, J Company of NZ Expeditionary Force. Upon his return, John went on to a farm close to Wyndham and ran sheep, beef cattle and racehorses.

The British War Medal is a campaign medal of the United Kingdom which was awarded to officers and men of British and Imperial forces for service in the First World War. Two versions of the medal were produced. About 6.5 million were struck in silver