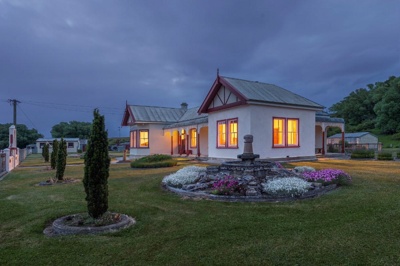 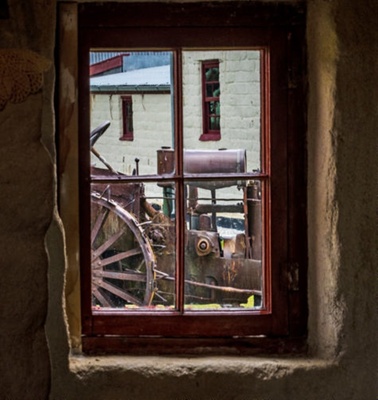 New Zealand’s farming community is indebted to Ernest Hayes, a farmer and flour miller who began producing and selling farm tools from his Oturehua property in Central Otago.

As well as the internationally acclaimed parallel wire strainer (of which the final model was perfected in 1924 and winning a design award in 1981 long after the inventor had died) other Hayes inventions included the triplex (permanent wire strainer) many types of windmills, cattle stops, spinning jennys wire winders and many other farming tools indispensable to farmers and still seen and used throughout New Zealand today.

Ernest was supported by his wife Hannah, who in 1895 rode her push bike carrying samples of the pollarc cutter, Ernest’s first invention, through the Maniototo, Vincent and McKenzie Counties. She was successful in getting orders, and the business then expanded to include a stone workshop with a sun dried brick wing added in 1908 and a further galvanised iron wing in 1914. These along with the 1895 cottage (now a café) stables, single men’s quarters, 1930s office (now a museum) are all still standing- along with the Pelton Wheel which was originally part of the stand for the 1909 windmill which was built to power the works.

Visitors will see the works have been well preserved and appear very much as they did when in operation. Operating days are sometimes available to the public - please see our website for details.

For the first time, you can look over the recently restored original 1920 homestead as well, with its own intriguing quirks and comforts for family life. This grand villa is well worth a visit with many family artefacts on display.

Adult: $10 Children (primary school age): Free Guided tours of the works in operation on operating days: $15 per person. Please understand that surcharges may apply at times of special events.

Museum brochures. Most buildings are accessible to wheelchairs, some doorways and areas near machinery may be narrow for motorised chairs.
-45.010044 169.90443 16 Hayes Engineering Works