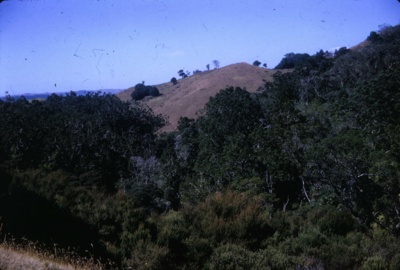 Kauri Grove on Trilby Hill at Bream Tail Farm, Mangawhai which was destroyed by possums.
The remaining kauris were cut down in 1979.