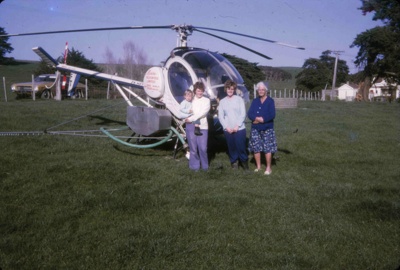 1976. Marine Helicopter Ltd at Bream Tail Farm, Mangawhai. Some of the Wharfe family are standing by the helicopter used for spraying thistles.