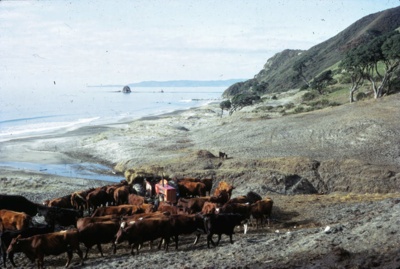 Feeding out to the cattle on Bream Tail Farm, Mangawhai. The Mangawhai breakwater with Sentinal Rock and Howling Wolf can be seen in the background.