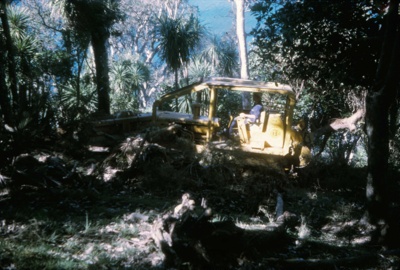 1972. A bulldozer working on the coastal track on Bream Tail Farm. This track was originally used as a mustering track that eventually became a National Walkway of NZ. One of the contractors was a local man called Jim Bowmar. Paul Shepherd is working the bulldozer.