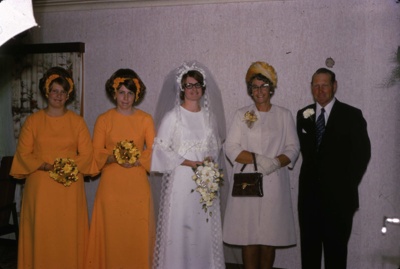 Wedding of Ruth Patricia Wharfe and Paul Shepherd 1971. They lived in the original homestead on Bream Tail Farm, Mangawhai.