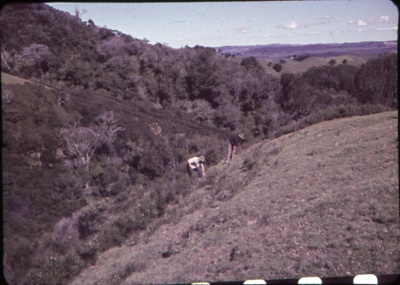 Jack and Ray Wharfe pulling Ti Tree on Bream Tail farm which was a winter job. Half the farm was done each year. The gorge side was done one year and the beach side the other. Note the dead trees from possum damage.