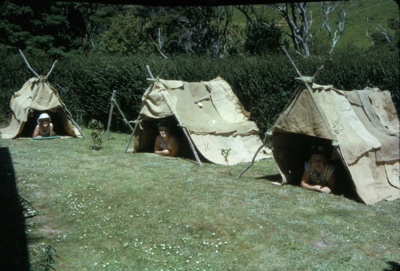 Wharfe girls camping at their home on Wharfe Brothers Farm, Mangawhai. The 'wigwams' were made of super phosphate bags with TiTree frames. The bags carried the fertiliser that was used in topdressing on the farm.