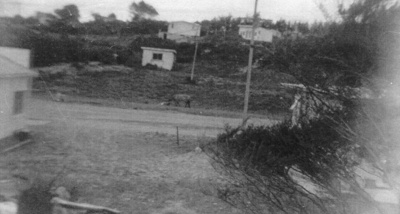 A view across Wood Street, Mangawhai Heads, past todays (2017) Tackle Shop and Off Licence Store.