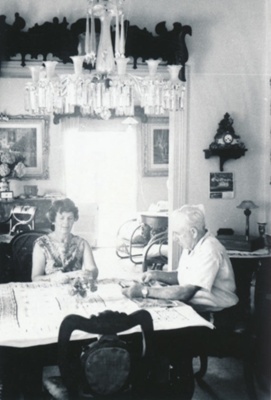 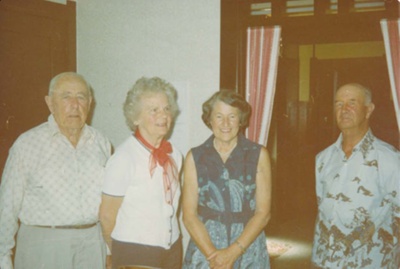 Louis and Ada May Wintle.

A. Louis and Ada at 'Wintlelea' Tara Road, Mangawhai. The chandelier was given to Mansion House, Kawau Island.
B. From L-R: Louis Wintle, Ada May Wintle, unknown, Russell Hargraves.